Whew, what a week! As most of you know, we’ve just wrapped up our #SafariSoulmates campaign – which was by far and away the largest we’ve ever undertaken. While we knew that our prize was awesome and was sure to get people interested, we could never have anticipated just how interested so many people were to be. In fact, over 7 million people saw the #SafariSoulmates hashtag. Yikes!

It has been alarming and fascinating to see our competition produce such a mixture of positive and negative results. Negative feedback is always upsetting and, being in the business of putting together dream holidays, we are particularly sensitive to bad feedback – whether it’s a travel arrangement that’s gone wrong or a promotion that was not watertight. Thankfully we don’t get much negative feedback in the travel space, and so we were definitely reeling a little bit this week when our campaign started generating a few grumbles. Before we address those, let’s start with a little campaign background…

A few months back we sat around a table and brainstormed a social media promotion. We came up with what we thought was a great competition idea and we aimed high. We wanted maximum reach for our young brand so we put a big expensive prize on the table and consulted some bright Internet brains. We thought we were being clever and innovative as we were using the latest in hashtag aggregating technology and had done hours of research. We looked around at other online competitions and got creative, and we called for entrants to get creative too. It was fun watching the entries come in. There were plenty average ones, lots of great ones and a few awesome ones!

From early into the campaign, as the entries started to come in from far and wide, we saw the value in having the travel blogger community take note of us. This was something we hadn’t thought of initially, but was a natural fit for our brand. As a result, towards the end of the contest cycle, we decided to give it a final little push by sending out blogger drops to Cape Town based bloggers. They were Cape Town based because we were able to get the drops to them at little cost – which was important, as we had already invested heavily in the promotion. These Cape Town bloggers were:

Of the above bloggers, only Dawn Jorgensen made the finals thanks to her (very) moving video on Africa the continent being her safari soulmate. The eventual winner, Mike Eloff, is the boyfriend of Carlinn from Superficialgirls. Mike entered independently and legitimately (though we see where people may’ve got ticked off).

All was going quite well until, at a crucial decision-making time, two members of the team were out of communications due to travels abroad and we might have lost sight of creativity ever so slightly and got seduced by the numbers and the analytics. In consultation with our SEO team and senior management, we selected the finalists based on a combination of social clout, creativity and passion for Africa. A lot of people felt that their entries merited consideration and were passed over due to others having more of an online following. We wholeheartedly apologize for that – we admit that the numbers seduced us a little towards the end.

Having said that, we firmly believe that our finalists created some amazing content and worked really hard at getting it noticed. Let’s take nothing away from them in that regard.

A lot of people have asked us why we did not simply carry out a blogger/influencer campaign, and that’s a good question. The honest answer is that we had no intention of doing that initially, but the campaign sort of evolved into that towards the end. If we ever do something similar to this again, and we decide to run a purely travel blogger campaign, we’ll be sure to be transparent about that fact from the beginning.

We have learnt many lessons that we’ll definitely be sure to take note of for the next campaign. We believe that, on the whole, people had fun and enjoyed submitting their entries. We believe Africa attracts and inspires people and we want people to immerse themselves in our brand – but for all the right reasons of course. First and foremost we create amazing African journeys and experiences – we’ll be sure that our next campaign effort is in keeping with that.

We’ll shortly be contacting five entrants privately that we found highly creative. To them we’d like to extend a discount on their next safari in Southern or East Africa.

A MASSIVE thank you to everyone – far and wide – who engaged with our campaign. We can’t wait to put all our learning into practice and create something even bigger and better next time! 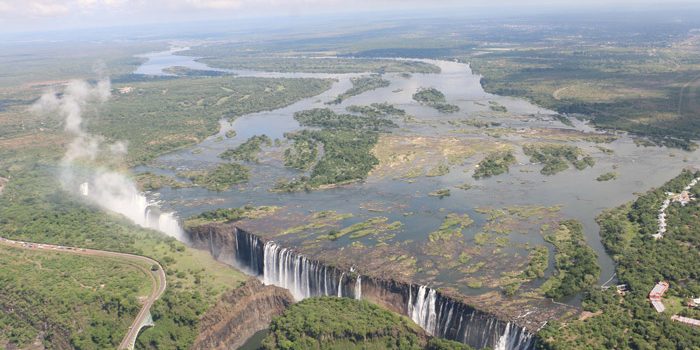 In the east of South Africa, in the northern reaches of the coastal province of KwaZulu Natal, lies the award-winning Phinda Private Game Reserve. The reserve, covering 230 square kilometres (23,000 hectares), boasting seven distinct ecosystems (including the rare Sand forest), and offering a diverse landscape and varied vegetation, is… 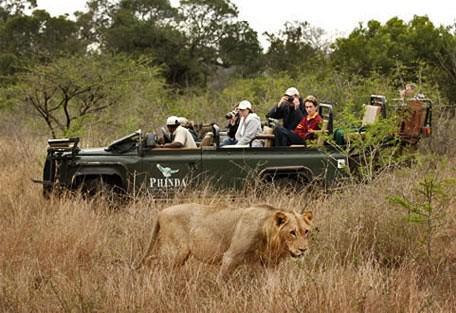 If you want to see the Big Five (plus a wide variety of other animals and birds) in a malaria-free environment within easy access to Cape Town and the Garden Route then Shamwari is your best option.  Honeymooners will love the more exclusive tented Bayethe Camp or Eagles Cragg and families…