Desert Rhino Camp is found in Namibia’s Palmwag private concession alongside the Skeleton Coast. This remote and specialized tented camp is famous as the jumping-off point for tracking rare desert-adapted black rhino and elephants. Expertly guided game drives and walking safaris are the main activities here and it’s a great place for photographers to capture images of some of Namibia’s rare plants and animals too.

Desert Rhino Camp consists of eight luxury safari tents raised on wooden decks and built to blend seamlessly into the arid landscape and minimize environmental impact. Each tent has a private deck with seating and views over the rugged backdrop of rocky hills and a nearby waterhole.

The communal dining areas consist of a dining tent, a lounge, a fire pit and a plunge pool. The nearby waterhole is floodlit at night, allowing for round-the-clock game viewing. Meals are either enjoyed undercover around a shared table, in the bush or around the fire in the evening.

There is a strong emphasis on conservation and responsible tourism at Desert Rhino Camp. All electricity is solar-powered, and the camp makes use of an eco-friendly waste disposal system.

Despite your arid surroundings, you can expect many rewarding game sightings during a stay at Desert Rhino Camp. Giraffe, gemsbok, kudu, lion, cheetah, leopard, and brown and spotted hyenas are some of the species you can expect to see, along with unusual plants like the welwitschia and bottle trees. Birders won’t be disappointed either and may get to spot some Namibian endemics, like Herero chat, Rüppell’s korhaan and Benguela long-billed lark. 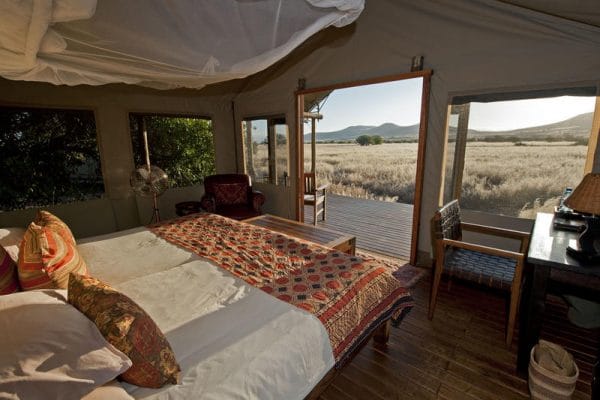 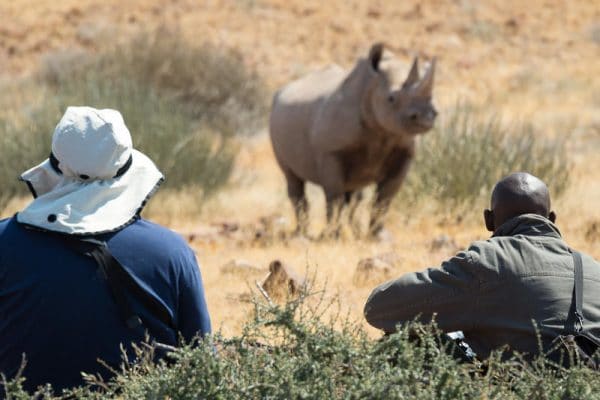 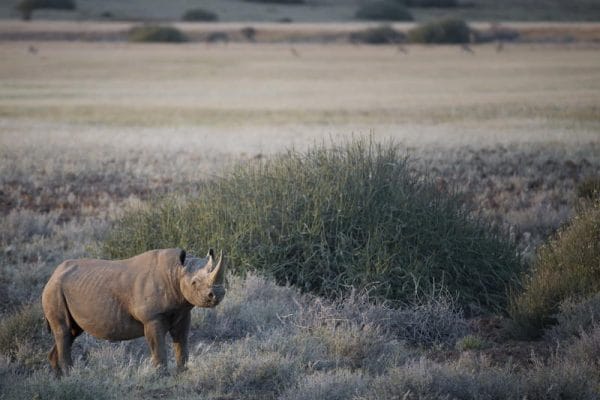 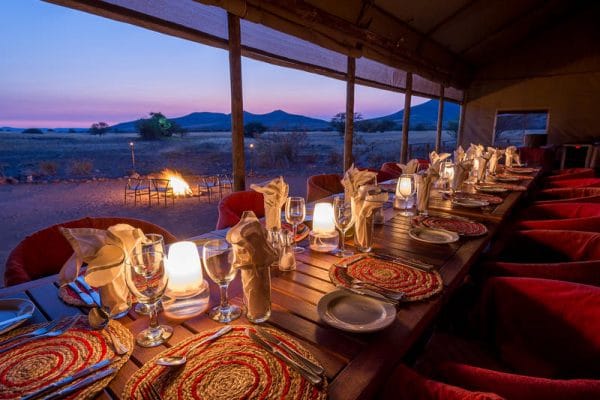 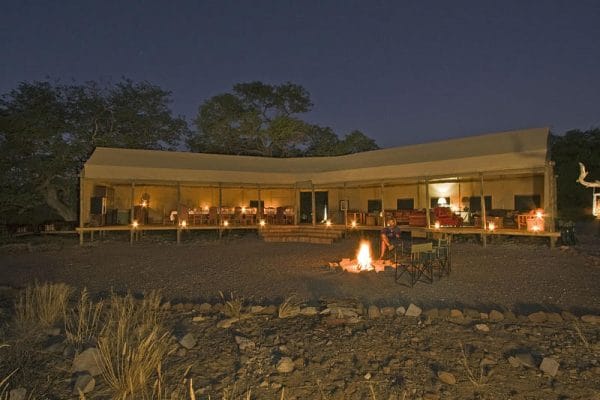 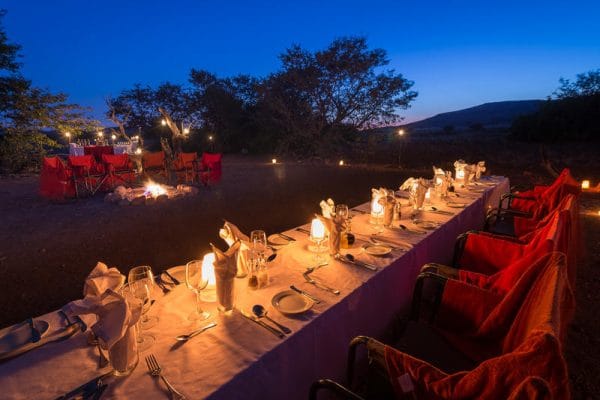 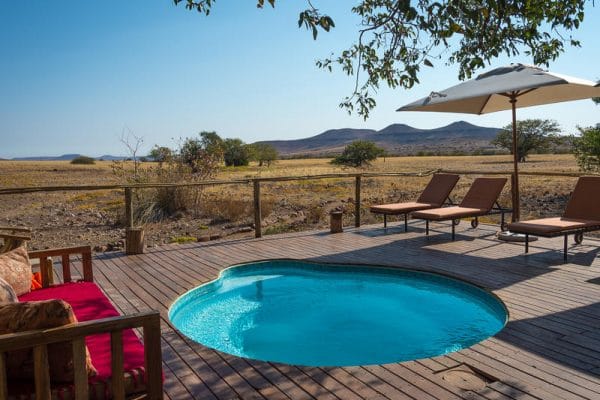 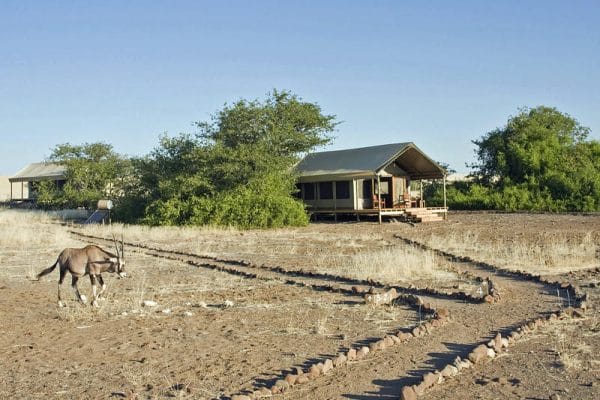 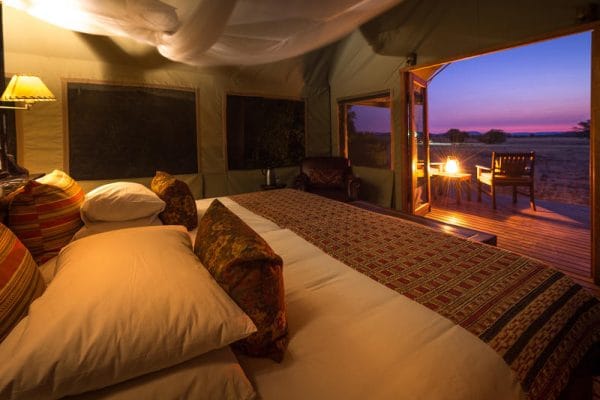 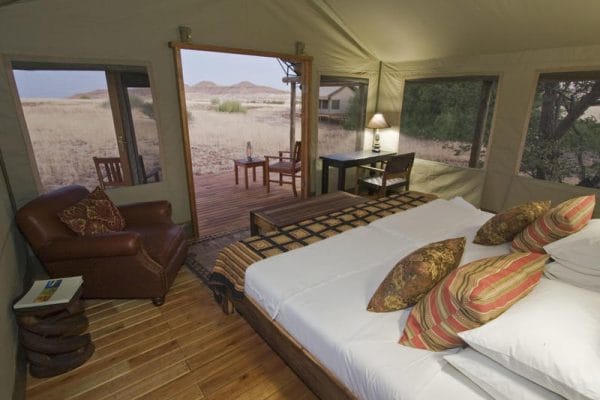 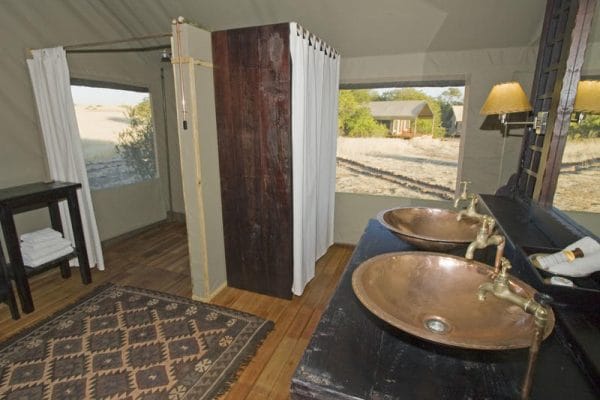 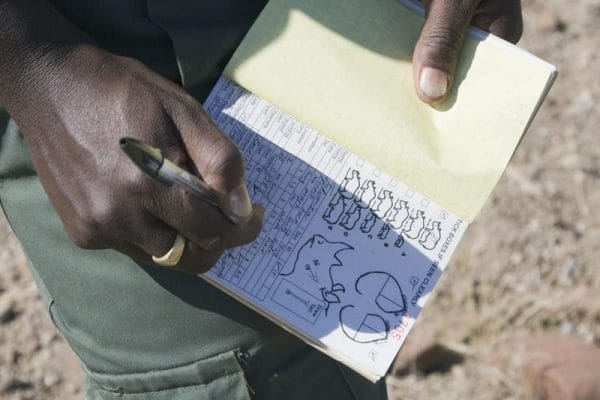 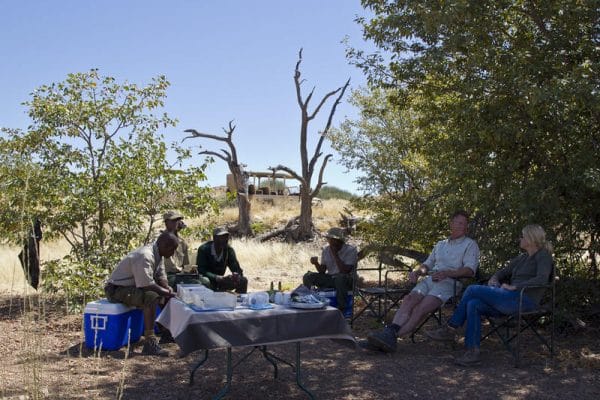 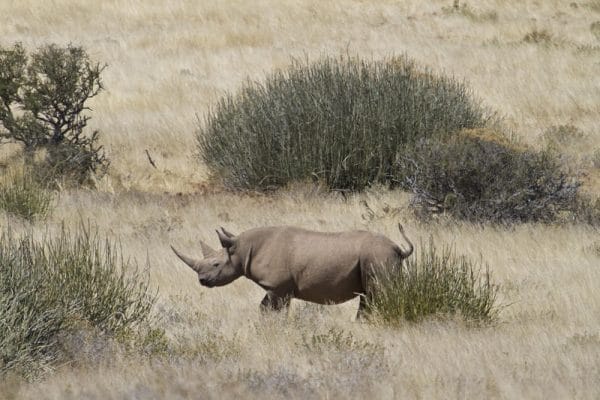 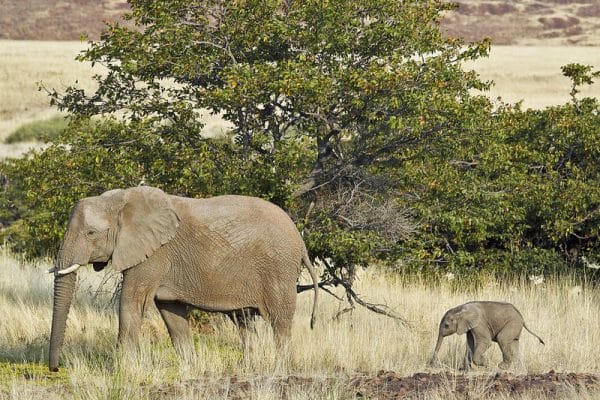 NAMIBIA WAS PURE BLISS AND BEAUTY…

The trip was truly unforgettable! Absolutely breathtaking. All went very well after our detour through Keetmanshoop. The boys really, really enjoyed themselves and everyone was …/