Home Specials
There are loads of great travel deals out there. Depending on when you are travelling and how many nights you are staying, there are some excellent discounts to take advantage of. Here is a hand picked list of the the ones that we feel are a good fit.

WELCOME BACK INTERNATIONAL GUESTS!
Enquire about this special

ONCE-IN-A-LIFETIME RATES FOR BOTSWANA
Enquire about this special

Rooms: 6Rating: Brand: Wilderness SafarisType: Luxury Tented Camps, Africa's FinestSpecial Interests: Birding, WildlifeLocation: Zimbabwe
A charming, intimate camp in the south-east of Hwange, “Little Mak” features prominently on the mental maps of local wildlife, all drawn to its reliable waterhole. A log-pile hide affords unique, thrilling close-up views of elephants, and habitat diversity ensures year-round wildlife. Activities focus on game drives and morning nature walks. The many waterholes produce amazing sightings, or guests can relax in camp and wait for wildlife to come to them. The six spacious en-suite tents (including a family tent) are only surpassed in the experience stakes by the opportunity to sleep out at the Madison Pan star bed. Visit the log-pile hide between game drives to enjoy close up viewing of wildlife at the productive waterhole. Elephants are often the star attraction so make sure you have your camera ready…

Rooms: 9Rating: Brand: Wilderness SafarisType: Safari LodgesSpecial Interests: Birding, WildlifeLocation: Botswana
Qorokwe is Wilderness Safaris’ newest Classic Camp. The name means “the place where the buffalo broke through the bush into the water” and is evocative of the high-density of big game in this south-eastern part of the Okavango Delta bordering the famous Moremi Reserve where diverse habitats support a wide variety of wildlife – a veritable paradise for safari purists!

Rooms: 5Rating: Brand: Wilderness SafarisType: Safari Lodges, Luxury Tented CampsSpecial Interests: Birding, WildlifeLocation: Botswana
One of the most secluded camps in Botswana’s Okavango, Kwetsani Camp, lies on an extended island dotted with mangosteen, palm and fig trees and is located in the Jao Concession on the same floodplain as the well-known Jao Camp. The reserve measures 60 000 hectares and lies in the north-western part of the Okavango Delta, bordering the Moremi Game Reserve on the West.

Rooms: 7Rating: Brand: Wilderness SafarisType: Safari LodgesSpecial Interests: Birding, WildlifeLocation: Botswana
Jao Camp is situated on a remote island on the southern side of Botswana’s Okavango Delta in an area famed for its magical islands fringed by riverine forests. This Botswana Safari offering comprises of nine luxury canvas and thatched tents, which are spacious and open-plan in design and include a dressing area, lounge and main bedroom complete with old-style fittings. Each tent is individually handcrafted and features en suite-facilities with an outdoor shower. 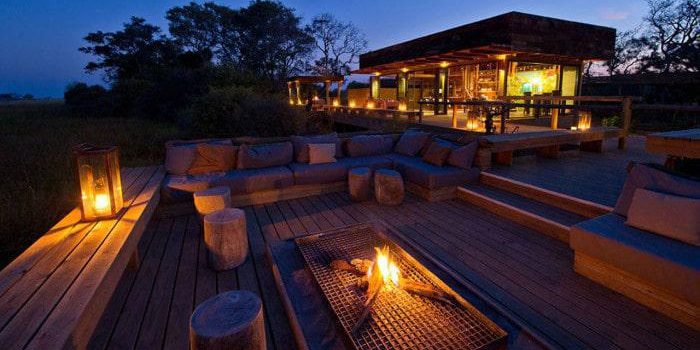 Rooms: 14Rating: Brand: Wilderness SafarisType: Safari LodgesSpecial Interests: Birding, WildlifeLocation: Botswana
Situated in a private concession, in the most northern reaches of the Okavango Delta, Vumbura Plains Camp is known for its wildlife diversity, privacy and Okavango exclusivity. This luxury camp lies in an area that comprises a wide range of habitats, from wetland to mopane forests and arid acacia woodlands, which brings with it a diverse wildlife and birdlife. The camp comprises of two entirely separate seven-roomed satellite camps, each built under the shade of indigenous trees with its own raised lounge, dining and bar area with walkways for easy access to the main guest areas. 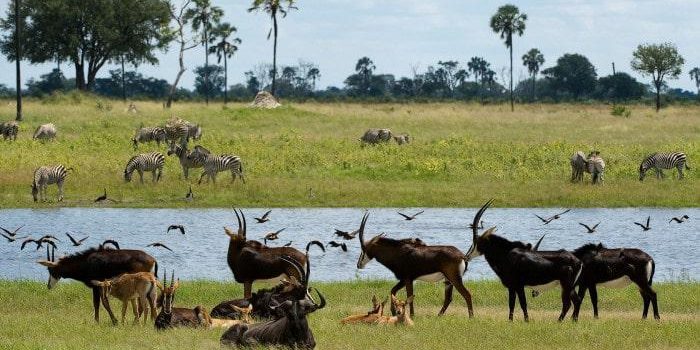 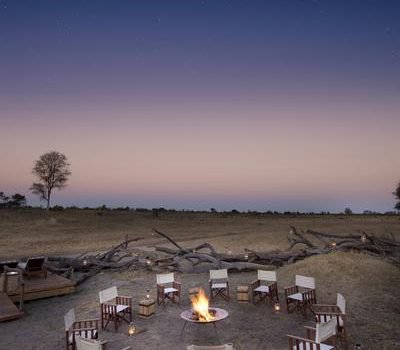 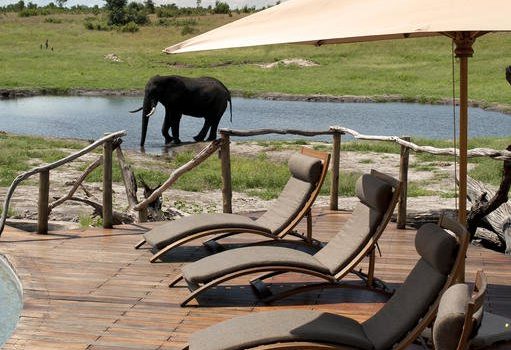 Lying just south of Victoria Falls and bordering Botswana, Hwange National Park is Zimbabwe’s largest game reserve and one of the last great African elephant sanctuaries, with over 30 000 of the magnificent animals. Over 100 species of mammal call Hwange home with regular sightings of the Big Five as well as buffalo, hyena, giraffe and a variety of antelope. Bird watching enthusiasts will be kept busy by over 400 species, best viewed at one of the park’s many manmade waterholes. Hwange offers the choice between game drives and walking or horseback safaris, so how you experience the rich natural heritage of this African Eden is completely up to you. 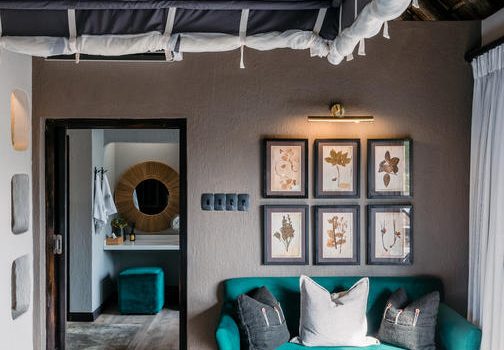 Rooms: 9Rating: (TGCSA)Brand: ThornybushType: Safari Lodge, Safari LodgesSpoken Languages: Afrikaans, English, SwahiliSpecial Interests: Big 5, Birding, Flora, Leisure, WildlifeLocation: South Africa
Simbambili Game Lodge, located in the Sabi Sand Game Reserve, is a must for the romantic at heart. Each of Simbambili Game Lodge's Suites has been designed to blend seamlessly with the environment, whilst being carefully positioned to enhance privacy. The Central kaleidoscope to all Suites is the sweeping savannah, which can be viewed from the privacy of your own en-suite bathroom or private plunge pool. 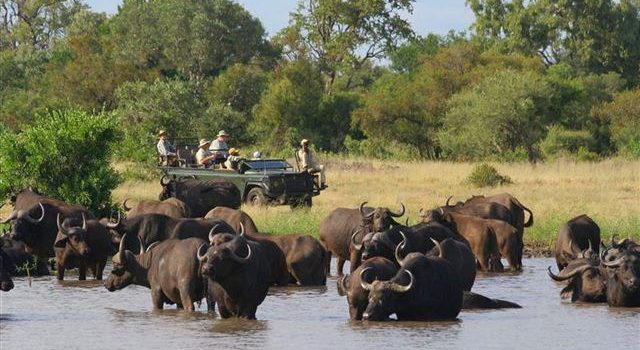 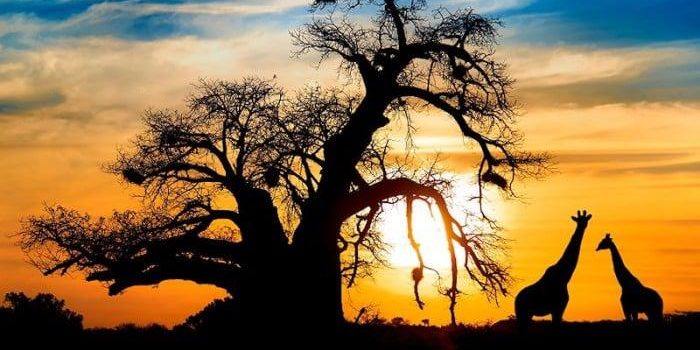 Considered by many in the know to be one of South Africa’s ‘undiscovered’ gems, Thornybush Game Reserve is a private reserve adjacent to the Kruger National Park. The rugged woodland savannah is home to a rich variety of wildlife, with over 700 species of mammal, reptile and bird life. Thornybush also boasts South Africa’s only certified Master Tracker – Mr Wilson Masiya – who operates from the Royal Malewane lodge. The eighty luxuriously appointed lodges are all managed with environmentally sound practices that are lauded as being amongst the best in South Africa, earning Thornybush plaudits as a champion of sustainable ecotourism.