Once in a while, we come across a feel-good story, that warms our hearts, and this is certainly one of those! While planning the safari adventure that consultant Ilze Fox put together for them, the King family from Cincinnati decided that they wanted to donate useful and practical items to a local community initiative in Africa. They decided to put  a soccer kit together and give  it to a local school near the Simbambili Game Lodge   where they were going to be staying during the Christmas holidays.

It was their son Sam’s love for soccer that first sparked the idea. Ilze put the Kings in touch with the Community Project Manager at the Thornybush Game Lodge Collection to establish which was the most deserving local school and how to go about donating the  soccer equipment.  Manyangana High School (located near the Sabi Sands Game Reserve) immediately sprang to mind as the school had many enthusiastic soccer players but not enough soccer equipment to go around. The school’s principal Mr. Mathebula put together a list of most urgently needed items and the King family set about collecting almost the entire list.

They brought all the soccer kit in their luggage with them, but unfortunately due to the school being closed during the festive season, they were unable to present the items to the children personally. But you can picture the pure excitement and joy when they all returned to school in January to discover that they’d each received a full soccer kit (including shirt, short, socks, shin pads and boots), as well as soccer balls, cones and a whistle for drills during their weekly Thursday soccer practice!

The Thornybush Collection is always looking for ways to support the surrounding local communities in the Greater Kruger region and is currently involved in two community projects located near Gowrie Gate, in the Sabi Sands Private Game Reserve. The first is a ‘Thousand Herbs and Vegetable Garden’ project which is run from the Manyangana High School grounds by nine capable local ladies who grow and sell a variety of fresh produce to the local community, safari lodges and a few small shops. The project also supports the school kitchen by donating fresh vegetables when possible.

The second project is the Hananani Permaculture Project, which is run from the Hananani Primary School in Dixie. This garden was mainly created to supply fresh produce to the schools feeding scheme which aims to provide scholars with at least one healthy meal per day.

With both projects, Thornybush is involved with the planning and strategy process, the day-to-day running costs and operational activities, funding for infrastructure and development projects, as well as incorporating various sustainable and natural practices into the projects. The Thornybush Collection strives to create jobs through these sustainable local business projects and to stimulate the growth of the local economy.

The Thornybush Collection has also been involved for many years with Hlokomela and all the work that they do around the Lowveld farming communities, based near Hoedspruit. The Hlokomela project has grown from strength to strength over the past years to include an extensive herb and vegetable garden (supplying all the Thornybush Collection Lodges, as well as other lodges in the surrounding area), health clinics, a library, and even a children’s crèche. In this particular project, the Collection has assisted mainly through funding, rather than direct facilitation.

Simbambili Game Lodge is one of our favourite Sabi Sand lodges, and we often include it in our client’s itineraries. This well established lodge is situated in the shade of Jackalberry and Knobthorn trees along the Manyeleti River in the north of the Sabi Sand Game Reserve. It is beautifully designed to blend in with its natural surroundings, each one of the 16 Morrocan-styled suites is utterly private with its own sala and plunge pool overlooking a watering hole. Simbambili Game Lodge is in the famous Sabi Sands Reserve which is known for close-up encounters with the Big Five and especially its frequent Leopard sightings, as well as for its plentiful game and beautiful bird life.

If you want to donate to worthy upliftment projects in the Kruger region, we can connect you to people on the ground like the Thornybush Community Project. Another excellent website is Pack for a Purpose.

If you are planning to travel to Southern Africa with children under 18 or you are sending children under 18 on a trip with grand parents, a school group or your ex-husband/wife, please be read the following carefully.  IMMIGRATION REGULATIONS FOR CHILDREN TRAVELLING TO SOUTH AFRICA, BOTSWANA & NAMIBIA Where…

Visitors around the world flock to Cape Town’s sunny shores for her spectacular beauty, pristine white beaches, buzzing nightlife and incredible fine dining restaurants. Many fall in love with this city and return year-on-year and some even fall in love with each other! That’s why we’ve decided to feature some…

WHAT DOES ‘PACK WITH A PURPOSE’ MEAN ? Your international flight allowance to Cape Town is very generous, but your internal flights onto the safari lodges have luggage restrictions. Why not use the extra space to pack a few items that could really make a difference to a wonderful charitable… 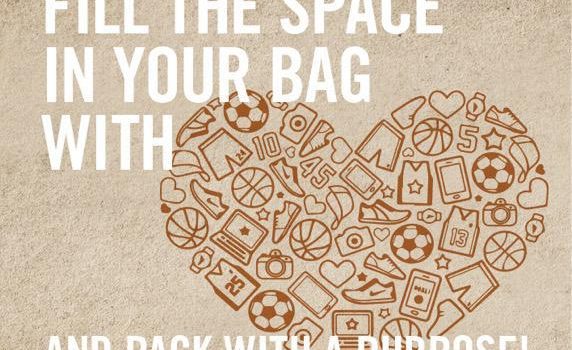