Everyone knows the popular kids on the block – eagles, ostriches, flamingos, vultures – but we thought it was about time that our lesser known plumed friends also get some attention. We’ve compiled a ‘Best Of’ list containing some fun facts when next on an African safari or birding trip. From birds that are easy on the eyes to those that are the stealthiest, you’ll find all of the necessary superlatives in this comprehensive series.

There is little doubt amongst the birding enthusiasts in our midst that the prettiest bird on the continent is the Kingfisher, and more specifically, the African Pygmy Kingfisher. This tiny creature measures up to only 11 or 12 cm in length and has a weight of about 12 grams. Regardless of its size, you won’t be able to miss its vibrant colour scheme – its red beak sends a clear warning to any insects while its crown of blue feathers lets everyone knows who’s the prettiest of them all. These birds are found mainly in Sub-Saharan Africa and particularly in woodland, grassland and garden regions of South Africa.

Not everyone can be blessed with dazzling good looks; a fact particularly true of the Marabou Stork. Nicknamed “The Undertaker” because of how its shape resembles a cloaked figure, the Marabou Stork has few redeeming features. From its bald head and long, uncoordinated pale legs, to an unsettling flesh-coloured wattle that dangles beneath an uncomfortable wedge-shaped bill, this bird is definitely one of the least attractive African birds. Aesthetics aside, the stork does have its virtues. Its flight, for one, is one of the most elegant in the bird kingdom.

Most Colourful VS Most Camouflaged

Holding the title for most colourful is the Lilac-Breasted Roller. It’s not only the colours that make this bird so appealing, but the hue of its feathers. Boasting pastels of different varieties, the wings of the Roller could be mistaken for a watercolour painting. This multi-coloured creature has the honour of being the national bird of both Kenya and Botswana. We guarantee you’ll see Rollers during your Kruger safari. As one of the most common Southern African birds, this bird has also been found as far afield as Ethiopia. They are more accustomed to open spaces, being found in grasslands and open woodland with scattered trees.

Very few images of the Fiery-Necked Nightjar exist which means it certainly earns its title as most camouflaged bird in Africa. Everything about them screams ‘hunter’, from their near silent flight and their stealthy ability to catch insects in mid-air, to their uncanny resemblance to surrounding leaves and grass. During the day they tend to hide under leaf litter and by night are protected under the veil of darkness. The best place to see these birds, or at least try to see them, is in the Kruger National Park in South Africa, where they seem to have made quite a home for themselves.

Measuring at a remarkably tiny 8cm, the Cape Penduline Tit is one of the smallest birds in Africa. Found primarily in the south of Africa, including South Africa, Namibia, Botswana and Angola this bird is more accustomed to Mediterranean climates and vegetation. Such a small creature unsurprisingly feeds on even smaller food, including tiny berries and larvae.

There is no surprise that the Ostrich is not only Africa’s but also the world’s biggest bird. It’s hard to argue with this fact if their eggs are anything to go by! Weighing in at a mammoth 135kg and reaching land speeds of up to 70km/h, they certainly are a force to be reckoned with. While they are vegetarians – relying on berries and grass for sustenance – they won’t think twice about using their powerful legs to kick at out at any threat. From lions to humans, many an unwise predator has seen stars with one powerful kick. You can see these fascinating birds mainly in Southern, West and East Africa. The best place to really get up close and personal with an ostrich has got to be near Oudtshoorn in the wide open arid spaces of the Klein Karoo – you just need to look out of your car window and you’ll see hundreds! They count as one of the most recognized of all South African birds.

Most Powerful Hunter VS Cleverest Hunter

The most powerful hunter by far is the Crowned Eagle which uses its sheer force rather than its intelligence to catch its prey. While the bird is rather sizeable – with the female wingspan measuring up to 180cm and weighing in at around 4kg – it is nothing in comparison to its victims. The African Crowned Eagle has been known to take down prey of up to 30kg including small mammals and many large snakes. They are Sub-Saharan natives and can be found in the grass-and woodlands of such countries such as Senegal, Liberia, Zimbabwe, Mozambique as well as counting amongst the finest of South African birds of prey.

The most intelligent hunter in the African bird kingdom chooses to use its brain over its brawn. The Fish Eagle does not need to be firmly on the ground, choosing rather to swoop in and grab its prey mid-flight. Whether catching live fish in one swift movement, surprising flamingos and even claiming small monkeys, these birds have perfected the art of stealth. They are mostly around large bodies of water and watering holes in game reserves. They are natives to Sub-Saharan Africa and if their distinctive white and black feather pattern doesn’t give them away, their hauntingly distinctive hunting call certainly will.

The Peregrine Falcon is not only the fastest bird in the world but also one of the fastest species. This falcon has been known to reach speeds of up to 250 km/hour. They can easily be identified by their pointy wings, square tail and the rather regal bluish-grey crown of feathers atop their head. Much like other great hunters in the bird kingdom, the Peregrine Falcon does not need to stop to catch its prey; instead grabbing whatever it needs in one swift movement while in flight. Amazingly, this falcon is able to survive in several different climates ranging from the freezing cold tundra to the sweltering desert.

In what can only be described as the complete opposite of the Peregrine Falcon, the Coucal is less than elegant when it comes to taking flight. The White-browed Coucal, which forms part of the cuckoo family, is one of the few of this breed to be found in Africa. While they have been labelled ‘streaky and sneaky’ by many birding experts, this has very little to do with their speed or eloquence and more with their ability to hide effectively. They are far more accustomed to hopping clumsily from bush to bush than soaring through the air.

Keep the African safari dream alive with our handy planning calendar that gives you a month‐by‐month breakdown of the year’s hottest safari happenings and our team of advisors' “Top Spots” to experience them! We’re starting 2022 on a high note and staying positive by looking at some of the amazing… 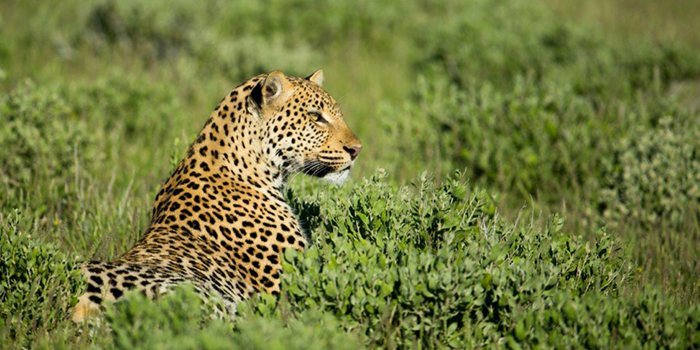 With the emerging trend for workplace flexibility, Cape Town’s trendy coffee shops and cafés have been transforming into ‘coffices’ to offer freelancers, remote flexi-workers and entrepreneurs an office-away-from-the-office complete with free WiFi, the best brews in town, and tasty treats to nibble on as you type or Skype. We have…