Great White shark cage diving in Cape Town has become an adrenalin-fuelled activity that many are adding to their bucket list of thrilling things you ought to do in your lifetime. If one of your lifelong ambitions is to experience a close encounter with a Great White Shark – one of natures’ most feared and efficient predators – then Cape Town rates as one of the best places in the world!

The Great White shark (Carcharodon carcharias) is in fact one of the most misunderstood creatures of the wild, thanks in part to movies like Jaws. Shark conservationists are trying to change the negative perception of these animals by carefully studying their habits and correcting the often-harmful misconceptions people have about sharks through education and awareness campaigns.

With a specially designed cage, it is quite safe to dive in shallow depths (no diving experience required) with sharks swimming around you, giving you a close up of 3 tonnes and 12 foot of a prehistoric creature that is very much at the top of its food chain.

South Africa’s Mike Rutzen or ‘Sharkman’ as he is known has become the Discovery Channel’s new Steve Irwin, risking his life to show that dangerous species need not be feared if you figure out a way to interact with them. Known as South Africa’s ‘shark whisperer’ he has starred in several documentaries, free-diving with these giants of the ocean (that is completely without the use of a cage!), even hitching a ride on their dorsal fin. He insists that Great White sharks are not mindless killers and has figured out how to safely swim with them by reacting to their body language and stroking their nose (similar to horse whisperers), thereby placating them.

Some Great White shark facts: While this species of cartilaginous fish widely roams coastal areas (warm or cold), their numbers have recently dwindled to fewer than 3,000, which places them in the vulnerable category of conservation status. While the shark’s attack is ferocious and they look every bit the menace that people imagine them to be, only 272 people have been attacked in more than a century. In fact, they much prefer the more digestible meat of tuna, small sharks, and particularly seals. In fact, Cape Town’s abundance of seal colonies in the rocky outcrops of our ocean are exactly what attracts such large numbers of sharks to our shores. And it is here that the excursions take you to see them.

Here are our most popular shark cage diving encounters situated near Cape Town.

Located no more than two hours drive from Cape Town is the small windswept fishing village with its protected harbour, from which tours depart to Geyser and Dyer Islands. Here you are almost guaranteed to spot sharks. There is year-round shark diving, depending on the swell, and trips run daily with a maximum of up-to 20 people. A transfer is inclusive of the package, but you may wish to remain in the area overnight at the pretty nearby coastal holiday town of Hermanus. It is here that Sharkman operates from his shark diving company, Shark Diving Unlimited.

False Bay is a mere 45 minutes away from Cape Town and the bay is sheltered from the relentless westerly winds. Seal Island is known for shark breaching, a curious habit that occurs during the seal breeding season whereby a shark leaps out of the water to catch its prey. You can also dive amongst them, in cages, with tours run by Apex Shark Expeditions, limited to just 12 guests per trip. May to September offers the best chance of seeing them. This location has featured on Air Jaws on the Discovery Channel.

During the winter months (May to October), the weather becomes challenging around the Cape Peninsula, reducing the chance of trips offshore, but Mossel Bay has the advantage of a well protected area that retains mostly calm conditions. Seal Island (another one) is only 10 minutes offshore, and sharks are almost always spotted here as well as various other sea creatures such as dolphins, marine birds, seals, penguins and whales (in season). It’s a long day’s drive from Cape Town, but from here you are well placed to press on to the breathtaking Garden Route that includes Knysna, the Wilderness coastline and Tsitsikamma Forest.

Arguably one of the ultimate thrills of a lifetime, you can easily stay in Cape Town to see these perfect predators in action, and book a day trip to one of the shark cage diving sites nearby. You don’t even need to be a qualified diver to submerge yourself under water in a steel cage. In fact you don’t need to get wet at all, as the views from the boat can be just as thrilling and provide incredible photo opportunities as the sharks circle the boat and the cage.

Follow in the footsteps of legends Throughout history African exploration has happened on foot, on expeditions out into the unknown. From the earliest peoples like the San in the south and the Nilotic tribes in the north, the only way to discover new hunting grounds and grazing for livestock was… Since the dawn of time humans have sought to adorn themselves with beautiful beads, metals and precious stones. Today is no different with diverse cultures all over the world expressing themselves through their jewellery. But have you ever bought something on your travels that reminded you of the place you…

Science proves that the anticipation we experience in looking forward to a trip is just as good for our souls as actually being there! Now, more than ever before in travel history, your African safari will positively impact your body, mind, and soul -- and the wildlife and communities who… 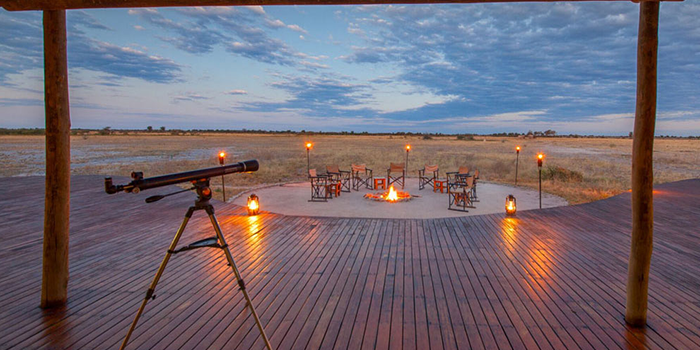