Turtles are one of nature’s most ancient and fascinating creatures. Awkward on land, but graceful in the sea, these sea reptiles return year-on-year in one of the most ancient cycles of life, to lay their eggs on the same beach that they originally hatched from. High up on wildlife enthusiast’s bucket lists and rated as one of the most moving wildlife experiences, (one that most people only get to see on National Geographic) it is indeed a privilege to go on a turtle-tracking safari and witness hundreds of turtle hatchlings leaving their nest on the beach to make the treacherous journey to the ocean.

South Africa’s golden KwaZulu-Natal coast stretching from St. Lucia all the way up to Kosi Bay is well-known as ‘turtle country’, and if you want to go on a turtle tour we suggest heading to either Wilderness Safari’s Rocktail Beach Camp or Thonga Beach Lodge to witness one of nature’s most awe-inspiring spectacles. These lodges fall within the iSimangaliso Wetland Park, now recognized as a World Heritage Site, which extends from about 275 km north of Durban on the east coast of KwaZulu-Natal right up to the border of Southern Mozambique. The park is home to five of the only seven marine turtles found worldwide, and its pristine beaches are one of Africa’s last significant laying sites for the endangered leatherback and loggerhead turtles.

“With less than 100 laying females coming ashore each year, iSimangaliso’s leatherback turtles, the most southern population in the world, are rarer than black rhino and critically endangered. This means they could go extinct in our lifetime. Having survived aeons and ice ages along with rhinos, and at a time when over 1 000 biological species are going extinct globally every year, their future survival lies with all of us,” says iSimangaliso CEO Andrew Zaloumis.

Each year, between the summer months of November and March, these ancient reptiles drag their gigantic bodies out of the ocean to lay their eggs at the base of sand dunes, usually a few meters from where they once hatched, after having swum the length of East Africa. Like salmon, it’s a mystery how they manage to navigate back to the exact beach of their birth.

Often heartbreaking, it’s an incredible experience to observe hundreds of baby turtles take on the courageous journey to the ocean relying on luck to dodge hungry predators such as seagulls and ghost crabs. It’s estimated only four in every 1 000 turtle hatchlings will survive to maturity.

Leatherback turtles count as the largest living marine reptiles (they can weigh over 800 kg!) and spend their entire lives at sea, travelling as far as India and Australia. The only time they come ashore, is for females to lay their eggs and for the hatchlings to make their way to the ocean. They are the only living warm-blooded reptiles, able to generate their own heat and can thus enter cold water currents to forage for food.

Leatherbacks can dive to depths of over 350 meters to feed due to their flexible shells. They feed on invertebrates such as jellyfish which makes them especially vulnerable to long line fishing methods and pollution, as they often mistake plastic bags for jellyfish and die ingesting them.

If you want to experience one of the world’s most moving spectacles, then the heroic journey that each turtle hatchling has to face is one of the most poignant. They face immense obstacles as well as extinction like so many of the wildlife species on our planet, but their incredible survival instinct is a sight to behold. It’s up to us to conserve these rare reptiles of South Africa so that future generations can have the opportunity to observe their ancient breeding ritual.

Rocktail Beach Camp and Thonga Beach Lodge are both situated on pristine golden beaches favoured by the turtles. The best time to visit is during the summer months, and both families and active honeymooners will love the location and the myriad of activities. These include scuba diving and snorkeling, dolphin and whale watching, fun on the beach, coastal forest nature walks and excellent bird watching at nearby Lake Sibaya. We recommend combining a few days at one of these destinations with a Big Five safari in the Phinda Private Game Reserve for the perfect Bush & Beach safari holiday.

South Africa, like its people, is a melting pot of different cultures and flavours, and nowhere is this more evident than in its food. Influenced by the Dutch settlers, native Africans and the slaves that were brought over from Indonesia and Malaysia, the ‘rainbow nation’ prefers a snack full of…

I have visited too many special places on this planet to say I have an absolute favourite, but if really hard pressed, I could doubtlessly say I have a soft spot for a couple, one of them being Namibia. Namibia is a paradox; the ruggedness of much of the land,… 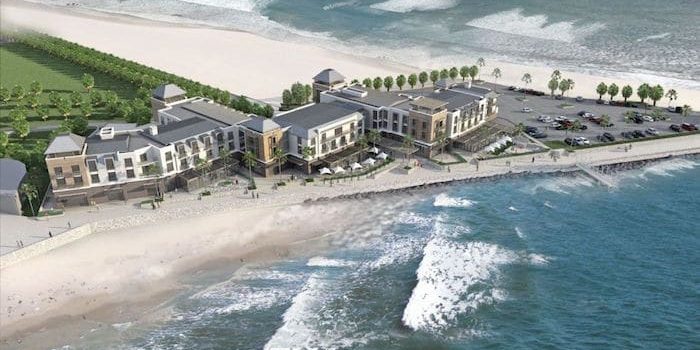 Not all visitors to South Africa are here on an extended holiday, some unfortunately only find themselves in the country on business, with just a few leisure hours to spare. If you are fleetingly in the Johannesburg (or Tshwane) area, there are at least two malaria-free reserves you may wish…