Close your eyes and picture the African landscape … what trees do you see? The thorny Acacia tree you picture in your mind’s eye is synonymous with the savannah and African safaris, recognizable by its classic ‘umbrella’ canopy and is part of a large family (genus) of trees with hundreds of species growing in the tropics and warm parts of the world, including Southern Africa. It’s a versatile tree that is widely cultivated, especially in Australia for its wood, yellow flowers and leaves.

The African species, with its table-top shape, provides welcome shade for animals and humans alike, its fern-like appearance has little vegetation underneath, while the pea-shaped, yellow blossoms are both eye-catching and fragrant. A favourite subject for photographers, the silhouette of an Acacia tree and a red setting sun is so quintessentially Africa …

Trees With An Alarm System And Bodyguards. Really?

Along with the production of thorns and the usual accompaniment of ants that nest in these trees, the African Acacia has developed an incredible early warning ‘alarm system’ to warn other trees when browsers such as the antelope are in the area. Wouter Van Hoven (a zoologist from the Pretoria University) has found that when the leaves of Acacias are nibbled, they produce high doses of tannin in their foliage, which may be lethal to browsers. The trees also release a chemical warning system to warn nearby trees of approaching danger by releasing ethylene that can travel as far as 50 yards! All it takes is five to ten minutes for the neighbouring trees to step up their leaf tannin production to repel lurking browsers.

Van Hoven made this incredible discovery whilst investigating the unexpected death of around 3000 South African antelope (called kudu) which died around game ranches in the former Transvaal. The Pretoria zoologist also noted that giraffe only browsed on one in ten Acacia trees, completely avoiding the trees that were situated downwind. The kudu antelope, on the other hand, (who have little else to feed on during the winter months) continued to browse on the Acacia leaves until the lethal metabolic reaction through the tannin was set off in their bodies. Van Hoven described his latest findings at a recent conference in France, which will be published by the Journal of African Zoology.

The African Acacia, in fact, has adapted in such a way that they even have tribes of ants protecting the tree from herbivores trying to eat its leaves. Interestingly enough, the tree has developed a symbiotic relationship with stinging ants who live in the Acacia thorns (which they hollow out and use as nesting sites) whilst feeding on its nectar. If a big African mammal takes a bite of its leaves, the stinging ants see to it that the animal will certainly think twice before taking another bite! As one researcher put it ‘’It’s as if the tree hires bodyguards, in the form of ants, to protect it from being eaten.’’

Isn’t Mother Nature remarkable! To think that this tree has evolved into what it is today in large part due to its unique defense systems that have kept herbivorous animals at bay. Look out for these trees on your next African safari and impress your fellow travellers with your knowledge of Acacia tree behavior.

Although Acacias typically have a short lifespan (around 20 years) when compared with the longevity of the oak and other large trees, they grow fast and high, reaching up to about 12m. During the peak years of growth, the stunning blooms and large seedpods lend a dramatic appearance to the savannah.

The various species of Acacia were used by early shipbuilders for its durable wood, and today many countries cultivate the entire tree for all sorts of things. Along with the wood being used for furniture, flooring and even weapons and jewellery, the gum is used as an adhesive, for medicine, and even for chewing gum and desserts. Furthermore, the blossom can be used as flavouring, the seeds utilised in sauces and the tannin as a dye. And in Central America, the swollen thorns are even made into beautiful necklaces. 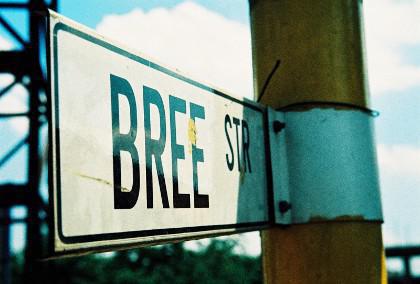 Ever gone on a hot air balloon safari? If you have had the opportunity to drift soundlessly over incredible African landscapes and see the wildlife from the air, it’s something you are sure to remember forever. Until now, hot air ballooning has been primarily available in Namibia’s Sossusvlei, Kenya’s Masai…