TrustScore 5 | 233 reviews
Home Blog News Saving The Rhino Before It’s Too Late
March 18, 2014 By Stef Black,
Posted in: News
Our rhino are disappearing, and their best hope of survival, perhaps, is tourism, more specifically Eco-tourism. More and more of our guests are seeing the merit in supporting safari tours that actively get involved with saving their one true resource – the animals.
Camps can be built, and private reserves demarcated, but the rate of poaching going on in Southern Africa threatens to confine the safari experience to nostalgic history books. Last year alone, more than 1,000 rhinos were recorded as poached, a 100% increase on 2012. It’s an activity that has been going on for years but is now reaching chronic proportions. The principal motivation for severing the horn (the rest of the carcass is abandoned) is for black market exports to the Far East, used for alleged medicinal purposes. It’s also popular as a handle on ceremonial jambiya daggers in Yemen.
But we’re trying to put a stop to that. &Beyond is one of Southern Destinations’ preferred partners, managing and owning more than 30 safari camps across Southern Africa. Together with Great Plains Conservation they have launched the Zeros for Rhinos initiative, which plans to relocate up to a 100 rhino to safer parks in Botswana during 2014.
Joss Kent, CEO of &Beyond had this to say in their press announcement: ‘Botswana has an excellent security system in place to protect these endangered animals and will be a safe haven for the relocated rhino. A project this size requires a strong partnership and a huge resource pool to pull it off. We share the same mission and operating ethos as Great Plains and together we believe we can make this happen’.
You can imagine the logistical challenge of loading up a grumpy five ton animal into a lorry and driving it 500kms, once every three days! More than US$8 million will be needed to undertake this groundbreaking project, so ongoing fundraisers are vital. Guests of Southern Destinations can feel that they are actively assisting in saving these iconic animals.
Great Plains Conservation was born out of a desire to save Africa’s wildlife by creating sustainable safaris that place the animals’ well-being and survival above all else. Today they manage a range of conservation projects and eco-solutions that not only protect the wildlife, but solve the economic problems of those living in proximity – prone to poverty and the temptation to poach. Great Plains Conservation is also noted for its work with famous wildlife filmmaker Derek Joubert.
Also on the bandwagon are the Shamwari Group, who offer discounts on specific packages for those making minimum donations of US$250. And another contributing tourism company is Desert & Delta who have put together a specific Rhino Package which includes a donation to protecting the rhino.
Apart from man, the rhino has no serious enemies in the bush, even though it is a herbivore. Usually docile, but capable of remarkable speed and agility, the Rhino can be easy prey while at a drinking hole. There are two main species of African Rhino: the white rhino, which is more commonly found with around 17,000 animals residing mostly in South African Game Parks; and the black rhino which is the most endangered, with reportedly fewer than 2,500 animals still left. One of its sub-species (the West African Rhino) was already declared extinct in 2011.
By travelling with Southern Destinations and staying at selected camps, you will be directly contributing to the Zeros for Rhinos initiative and help to protect this incredible species for future generations.

I know I am biased, but I truly believe that the South African winelands are one of the most relaxing and aesthetically pleasing places to visit on the planet. Coupled with a professional spa treatment at a fabulous spas on a beautiful wine estate, one is literally transported to heaven.… 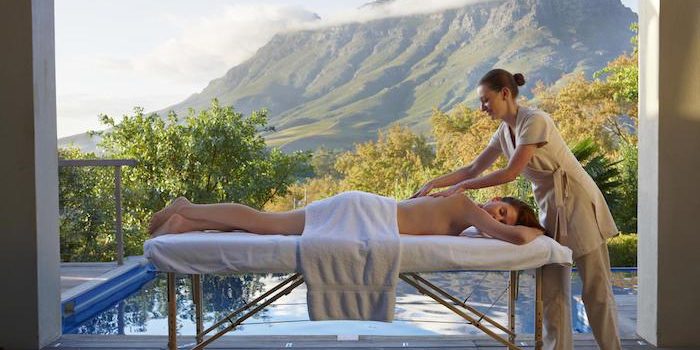 One of Africa’s most iconic and best‐loved safari camps has had an extreme makeover and the results are out of this world… Jack’s Camp on the edge of Botswana’s breathtaking Makgadikgadi Pans has been rebuilt from the ground up and is now even more breathtaking and unique, thanks to the…