From Lake Manyara Tree Camp, our safari then ventured into the open spaces and to two of my most eagerly awaited destinations, the Ngorongoro Crater and the Serengeti.

The crater at Ngorongoro is the largest inactive and intact caldera in the world, formed when a massive volcano erupted and collapsed in on itself causing this massive dimple which is 610 metres deep and spans over 250 square kilometres. This geological phenomenon is now home to a vast amount of wildlife and makes for some of the best game viewing I have ever seen.

The nutritious grasses found on the mineral rich floor finds plenty of grateful consumers like wildebeest, zebra, buffalo and gazelles in vast herds. It is also home to the biggest population of the black Rhino and is one of the best areas to spot this sadly endangered creature.

It is true that Ngorongoro is a particularly popular tourist destination, evident by the large number of open topped vehicles lining up to view the game. However, we were content to find a suitable spot, park our vehicle and watch the comings and goings for hours whilst the animals regarded us nonchalantly, as we gawked in their direction.

After a heavy day of gawking, we were very happy to rest our heads at the Acacia Lodge, one of my favourite accommodation facilities of the trip. It is a superbly managed and they have thought of everything – right down to the New York style coffee bar using beans produced on the property. A delicious brew that was more than enough to reboot senses.

The Serengeti and the Ngorongoro Crater are two of the Seven Wonders of Africa. Home to the renowned Maasai warriors, the endless plains are also known for the great migration of millions of a wildebeest and zebras to the Maasai Mara Game Reserve in Kenya. The great migration is an awe inspiring sight, although fraught with hardship as an estimated 250 000 perish on this odyssey. There is a temptation to follow this migration only but I found the best game viewing to be in the central Serengeti, an observation confirmed by one of the local guides.

Looming up on our itinerary was an item that I awaited with much excitement, mixed with a little trepidation. Hot air ballooning over the Serengeti has to rate as one of the most memorable times of my life, but first I had to reconcile myself with the defiance of gravity that is required. Whilst I am not really afraid of flying, I am very comfortable on terra firm and hot air balloons seem such a precarious form of aerial pursuit, what with no air hostesses and the pilots wearing beige.

Perhaps it helped that we rendezvoused in the dark, in the fuzzy blur between first coffee and first light. The huge basket lay on its side, like a tipped over popcorn box and we were each assigned a partner and a cubicle in the balloon. Upon the beige clad captain’s command we each made an ungainly swing – cum-lunge into our allotted space, finding ourselves hanging on our sides, holding on for dear life. With no in-flight magazine to peruse, and a crick in the neck developing we awaited our fate.

Then, a huge woosh of flame from the burner sent the basket sliding rapidly along the ground, still on its side. Slowly, and I am happy to say, surely, the basket righted itself and soon we were in the air. Not very high, I might add, in fact barely off the ground with a tree pending rapidly in our path. Woosh! Another burst of hot air and we sailed up, over the tree and into the glorious African sky.

Proposing to your loved one is one of those key moments in life that neither one of you is likely to forget. It’s crucial to get it just right. Choosing an unforgettable setting is vital and few places evoke a more romantic association than Africa. From a private dinner laid…

Drone! The word is on just about everyone’s lips, and they are apparently just about everywhere … but should they be in the bush, on safari and used in conservation efforts ? Before considering where they should and shouldn’t be allowed, lets consider what they are. Drones are nothing new,… 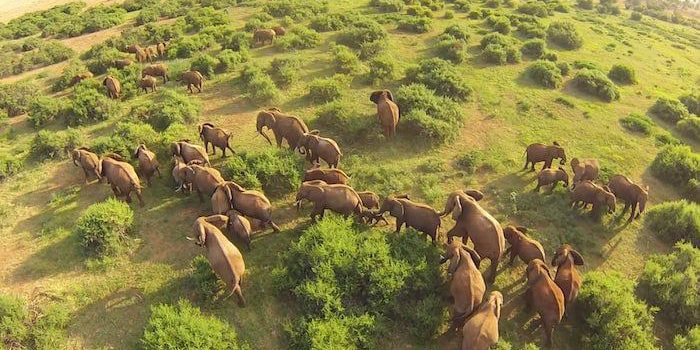 We're beginning to feel the pent-up demand for travel and are responding to requests for trips that tick all the boxes as we come to grips with travel-in-the-age-of-Covid. "People are yearning to explore again, get back to nature and cherish quality time together". "We’ve seen an increase in multi-generational travel…