The African Wild Dog is one of Africa’s lesser known predators, but also one of its most fascinating and most proficient hunters. With a hunting success rate of around 80%, these dogs are pure poetry in motion when on a hunt, easily beating the 30% success rate of lions. But how do they do it and where can you catch a glimpse of these elusive Wild Dogs in their natural habitat? With around 5,000 left in the wild today, sightings are rare, so we’ve put together a list of places where you are most likely to see them.

Fact # 1: The Wild Dog’s scientific name is ‘Lycaen pictus’ which means painted wolf; a direct reference to their beautifully mottled coat. Like human fingerprints, each dog can be identified by its own unique markings of yellow, brown, black and white. They have incredibly powerful senses of sight, smell and especially hearing, and can pick up the smallest sound by swiveling their large ears and using them a bit like radar dishes. Their bite is one of the most powerful, with specialized molars to break bones and shred meat. To add to this powerful package, Wild Dogs possess a lean muscle build with long legs and rapid muscle recovery which makes them one of the most formidable endurance hunters in Africa.

Where To See Them: Madikwe Game Reserve, South Africa

One of the best places to see African Wild Dogs is South Africa’s malaria-free Madikwe Game Reserve. Known as one of Africa’s finest conservation areas spanning roughly 75 000 hectares, this reserve situated close to the Botswana border, and the Kalahari Desert offers guests the rare chance of seeing these endangered predators up close. First introduced to the park in the early 1990’s, Madikwe now has a flourishing Wild Dog population with three hunting packs.

The park offers a number of luxurious Madikwe lodges, but we especially love Jamala Madikwe for its privacy, luxurious interiors and incredible views across the open savannah and nearby waterhole from expansive wooden decks.

Fact # 2: The African Wild Dog has a fascinating social hierarchy that is strictly enforced while at the same time being very caring to its members. Like all other pack animals, there is an alpha breeding pair that looks after the whole pack, with all the other pack members being subordinate. Pups take priority over all pack members (even the alphas) and are fed by regurgitating fresh meat after returning home from a hunt. Once they are old enough, the pups will be taken to the kill and given first choice over the carcass while the other dogs patiently wait their turn. Due to their strict ranking system, there are almost no squabbles over food. Even when a dog’s effectiveness as a hunter is lost due to old age, illness or injury, the rest of the pack will take care of them. In Botswana, a prominent alpha female who lost one of her forelegs during a hunt (a death sentence for most predators) remained the alpha female for several years, continued to breed and raise pups, while being cared for by the pack.

Where To See Them: Okavango Delta, Botswana

Another prime destination to see African Wild Dogs is Botswana’s incredible Okavango Delta. Not only is this a World Heritage site, but it’s also world renowned for its vast, pristine freshwater wetland and abundance of wildlife, which in turn makes it a predator’s paradise.

We love Wilderness Safaris Vumbura Plains Camp which is known for its incredible sunrises and for being one of the prime eco-retreats in the Okavango. The camp also has its own resident Wild Dog pack, the Golden Pack, which has recently been spotted around the camp with young pups. Vumbura is simply a dream location, with sweeping views across the Delta and iconic floodplain, as well as superb predator and game sightings all year-round.

Another good base from where to see the African Wild Dog is King’s Pool Camp. Located in Botswana’s Linyanti Wildlife Reserve, the camp offers nine luxurious tents, each one with a private plunge pool and a veranda with wrap-around views of the surrounding landscape. Wild Dog sightings are excellent here, due to the reserve’s abundant antelope.

We also recommend staying at Khwai Tented Camp for great Wild Dog encounters. Set in the Moremi Wildlife Reserve, the camp is raised on stilts with large timber decks and an enviable position overlooking the Khwai River floodplains, perfect for observing the multitude of game and predators below. The camp has no permanent structures and can be completely removed to preserve this unique wilderness.

Fact # 3: African Wild Dogs are exceptional hunters. Not only are they highly intelligent animals but they rely on teamwork and constant communication on a hunt to let each other know their location, and of course that of the prey. Their hunting success rate is largely due to the coordinated approach of the pack.

Wild Dogs are built for high stamina chases. On a typical hunt, the dogs will spread out in a line to give each animal space to move. They will seek out any weak members of a herd as easy prey. Once they have selected their target, they will attempt to separate the herd and give chase to the selected animal with some dogs in charge of cutting off any escape routes on the flank. The dog’s tactics are akin of those of an Olympic cycling team: the dog at the front will give chase and pull back when he tires so that another can take his place. They will continue giving chase one after the other until they exhaust the prey and easily take it down. Another tactic they often use is to herd their prey into lakes or rivers. Most African animals are afraid of diving into deep water for fear of being eaten by crocodiles so they will most likely turn back and be caught by their pursuers.

The African Wild Dog is both fascinating and charismatic, and incredible to watch. I do hope you are lucky enough to observe a hunt in the wild one day!

Nurturing a love of nature through the lens Taking your children on safari opens the door to so many amazing things, especially where photography is concerned. Put a camera in your child’s hands and watch the magic unfold… We’re often asked what there is to do for children on safari…

Just before lockdown (I literally skidded home on Day 2 of hard lockdown) I was invited on a trip with andBeyond. So although it was the last safari I went on, it is by no means my last safari!  Now that we are able to travel locally, I am plotting…

Need convincing why you should plan an Africa trip? Looking for ideas to add to your bucket list?  Here are our Top 21 Things To Do In Africa  1. Climb Table Mountain [caption id="attachment_36283" align="aligncenter" width="700"] Table Mountain looms spectacularly over Cape Town! Most visitors take the cableway to the top,… 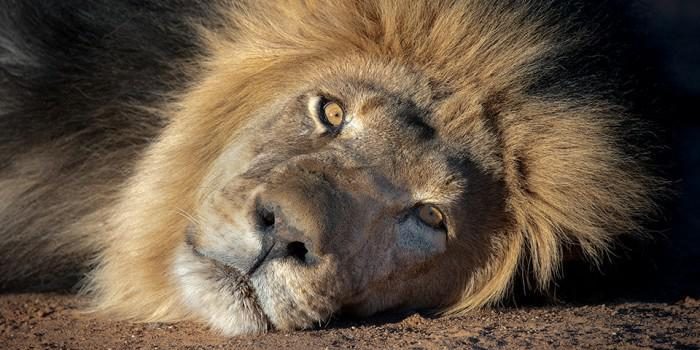