Madikwe is a three-way collaboration between government, local communities and the private sector; the reserve provides a sustainable environment for the local people, and is considered a national leader in private-public partnerships.

Covering 750 square kilometres (75,000 hectares), and lying 90km north of Zeerust in the North West Province of South Africa, the reserve borders Botswana in the north, and lies on a transition zone on the edge of the Kalahari Desert.

The climate is generally hot, with some similarities to the Kalahari, including the Kalahari red desert sands, which means guests quite regularly encounter a number of rare species.

The landscape can be described as open grassland and bushveld plains, strewn with huge rocky outcrops (‘inselbergs’ being the ecological term), and by the Dwarsberg mountains in the south.

Madikwe offers all of the Big Five (including the Black rhino), and is well known for the highly endangered African Wild dog (aka Painted dog), Brown hyena, the tenuous Aardwolf, and more recently the introduction of cheetah into the reserve, which has seen guests enjoying these sightings too!

Due to it’s rich diversity of vegetation, the reserve also boasts over 300 species of bird.

Overtime the Wild dogs have become accustomed to safari vehicles, offering spectacular viewing and excellent photographic opportunities to fans of these imperiled canines.

The reserve is easily accessed by a four-hour drive, or a 50-minute flight from Johannesburg, and being Malaria-free, is ideal for family safari holidays. No day visitors are allowed in the park, access to the reserve is only sanctioned once accommodations have been confirmed.

Accommodation in Madikwe is in variety of outstanding lodges and camps, each with its own distinct character and atmosphere, and typically in the four and five-star range.

In addition to customary services and offerings, most lodges offers children’s game drives, together with a variety of kiddie activities to keep the younger ones entertained and happy.

This is a delightfully diverse reserve, and whether you’re looking for a family safari, romantic honeymoon, exclusive or eco trip, whatever your particular safari holiday requirements, Madikwe will deliver an outstanding wilderness experience.

The idea of an idyllic safari excursion is not often associated with the concept of a kid friendly holiday. Despite the fact that tracking and spotting animals in their natural habitat is educational for the kids, safaris seldom cater for children specifically. More often than not they are left bored… 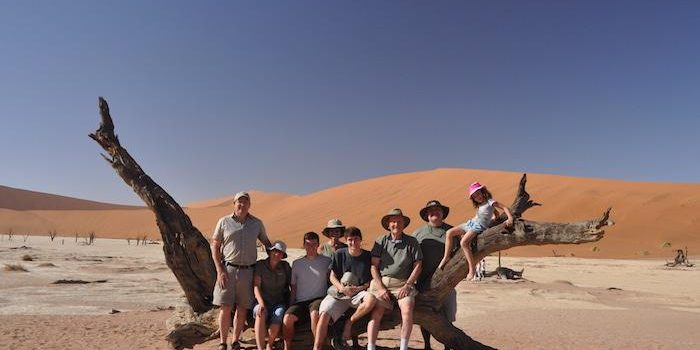