The hippopotamus is one of Africa’s most loved and popular animals, along with the giraffe, elephant, zebra and lion. But did you know that they are, in fact, well-known as the Most Dangerous Animal in Africa? This is in part due to their deceptively ‘cute’ appearance, and the fact that these enormous grunting fellows are extremely aggressive and unpredictable. Many people perceive them as being docile, fat, lazy and slow when in fact they account for more human fatalities in Africa than any other animal. And so this month we thought we’d shed some light on hippos, explain why they are so dangerous and point out a few other fascinating facts.

Hippopotamuses make their home on the banks of rivers or lakes and spend most of their days lolling about in or around the water. It is estimated that these semi-aquatic animals spend up to 16 hours a day in the water, where they mate, give birth and feed their young. They can even hold their breath for as long as 30 minutes at a time! This is where their name comes from – the Greeks named them ‘river horse.’

Both male and female hippos are enormously territorial. Male hippos are tasked with guarding the riverbank and defending their homes from any animal or person who threatens it. It comes as no surprise, then, that most human fatalities occur on a riverbank that belonged to a hippo. Females are tasked with protecting the youngsters and will attack anything that comes close to them – threatening or not.

At birth, hippos weigh about 45 kilograms and grow to reach weights of around 2 to 3 tonnes. They are massive creatures but don’t let this fool you into thinking they are slow. They have been known to reach overland speeds of up to 32 kilometres per hour and can easily outrun any human. Due to their specific gravity they can even walk and run underwater along the river floor and can even sleep underwater!

Their enormous jaws are studded with spike-like teeth that can measure up to 20 inches and have been known to cause great damage. Their teeth are so large, in fact, that they require large cavities in their head to be able to house them. Ironically, hippos are vegetarian but this hasn’t stopped them from regularly biting crocodiles in half.

Being Africa’s Most Dangerous Animal is however not the only fascinating fact about these massive mammals. It was originally thought that hippos bled from their skin because of the red skin oil residue in the water surrounding them. This is, in fact, their natural sunscreen that protects their hides from the harsh African sun and also acts as an antiseptic.

Hippos are herbivores and consume a massive amount of vegetation. In one day, they generally consume about 50 kilograms of vegetation – which, when you consider how large they are, really isn’t that excessive. Interestingly, hippos eat by themselves because in the hippo community; eating is private. You will never see a group of hippos moving and grazing as one, but rather individual hippos munching on their own patches of grass at night.

Amongst the world’s most dangerous and aggressive animals, hippos often attack humans without any warning, reason or apparent provocation. Rural villagers who live near rivers are most as risk as they share the same paths down to and along the river banks as hippos. The fact that humans also need to make use of the river (to collect water or to do washing in some areas) means that they have to be extra cautious of hippos, especially in the early evening when they are coming back onto land to grase.

As for anyone embarking on an African safari, these gigantic and fascinating mammals are best appreciated from afar. Be warned, they are faster than you and will attack. If you are on a walking or canoeing safari, listen and adhere to your guide’s safety instructions. Bring your zoom lens and leave the up-close photography to the wildlife photographers.

Cacinda Maloney, or @PointsandTravel as she is known online, has been travelling every six weeks for the past 19 years and has visited over 50 countries. Cindy was one of our most 'vocal' entrants and managed to spread the #SafariSoulmates word far and wide with regular third party retweets and… 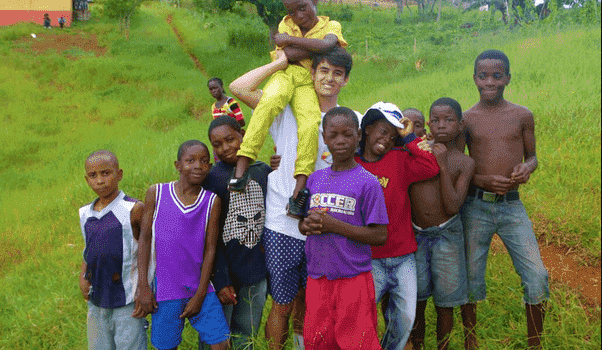 Need convincing why you should plan an Africa trip? 1. VALUE FOR MONEY South Africa, in particular, is where your $ travels as far as you will, especially when dining at world-class restaurants, enjoying the finest of wines and exquisitely authentic retail experiences at the vibrant markets and hip boutiques. 2. IT'S THE LATEST 'HOTTEST…

In the world of conservation you get the doers and the talkers. While many camps or operations are quick to slap ‘green’ all over their products and tours, one group have actually taken the initiative to give the industry a serious audit. This is Africa’s Finest. [caption id="attachment_24454" align="aligncenter" width="798"]…