Don’t you just love waking up to the gentle sound of ocean waves and that distinctive smell of the sea? If you are anything like me, then waking up to breathtaking wrap-around ocean views is one of the best holiday tonics to restore body and soul.

I count myself lucky to live in one of the most beautiful cities in the world with spectacular scenery, majestic Table Mountain, incredible beaches and of course the Atlantic Ocean all around us on this southernmost tip of Africa. So this month I thought I would feature our top five hotels in Cape Town with the most panoramic ocean views.

1. The Twelve Apostles Hotel and Spa

This hotel needs little introduction, simply because of its enviable location and uninterrupted sea views. Perched just above the Atlantic Ocean and just below the slopes of the majestic Twelve Apostle Mountain range, we have featured the Twelve Apostles Hotel and Spa in our blog posts on several occasions.

Award-winning and also one of Cape Town’s most luxurious, the Twelve Apostles ticks all the boxes when it comes to the perfect five-star retreat. Voted as one of the world’s top 500 hotels by Travel & Leisure, as well as one of the top 10 hotels in South Africa by TripAdvisor, this is a hotel you should consider if breathtaking views and utter relaxation are what you seek.

Another plus point is its location – a mere five minutes from cosmopolitan Camps Bay and a short 15 minutes drive to the city centre. It also offers an incredible holistic spa with an outdoor treatment gazebo with wrap-around Atlantic and mountain views plus hydrotherapy pools, perfect for honeymoon couples or the weary traveler. The hotel also features spectacular ocean views from the hotel’s Azure Restaurant and The Leopard Bar, as well as a Presidential Suite, private cinema, a helicopter pad and a daily shuttle service to the V&A Waterfront. Do you need any more reasons to visit?

The Bay Hotel is another one of Cape Town’s firm favorites, set immediately across from the famous palm-lined Camps Bay promenade with the majestic backdrop of Table Mountain and Lion’s Head.

This has got to be stylish five-star hotel beachfront living at its best! You can literally go from relaxing at the infinity pool with a private pool deck overlooking the sea, or having a Cosmopolitan poolside at the exclusive Sandy B Beach Club, to walking across the road and strolling along the pristine white beach or going out for cocktails at one of the many vibrant al fresco cafés on the Camps Bay strip. Either way, you are guaranteed unsurpassed ocean views, top seafood, great people watching and the ultimate luxury holiday.

If you fancy having the best of both worlds and want to go to sleep with the rhythmic sound of breaking waves whilst still being close to Cape Town’s main attractions, then The Radisson Blu Waterfront is the perfect choice for you.

Situated near the vibrant Waterfront with incredible oceanic views and its own private marina, The Radisson is ideal for business or leisure visitors alike. It also boasts spectacular views of Table Mountain and the infamous Robben Island.

Whether you choose to relax poolside, in the hotel’s tranquil Amani Spa or with a cocktail at Tobago’s Bar & Terrace, one thing’s for sure, you will never be far away from the peaceful sound of breakers crashing or the invigorating smell of the ocean air.

Tintswalo Atlantic is one of my personal favourites, due to its utter privacy and exclusivity. If you are seeking a boutique hotel to escape the rat-race and find some peace and tranquility in a beautiful natural setting, then Tintswalo is your kind of place.

Set at the bottom of a steep cliff, as you drive on the road leading from Hout Bay along the world-renowned and arguably one of the most breathtaking ocean drives in the world, Chapman’s Peak, you will find the unassuming board to the right leading you down to Tintswalo.

Not only is this five-star boutique hotel set right at the ocean’s edge, but it is also located in a World Heritage Site in the Table Mountain National Park. Watch whales and seals frolic in the waves, as you sit back and enjoy the utter peacefulness, tranquility and uninterrupted sea views over Hout Bay and its surrounding mountains.

Voted as one of South Africa’s leading beach hotels from 2009 to 2014, The Last Word Long Beach hotel has ‘magnificent ocean views’ written all over it.

Set right on Long Beach in the charming fishing village of Kommetjie, this intimate hotel is another firm favourite if you want the ultimate beach holiday escape. Situated about a 35 minute drive away from the city centre, The Long Beach is perfect for anyone wanting to escape the hustle and bustle of city life.

Go exploring for sea shells along the pristine white sands of Long Beach that stretches for 8km’s all the way to Noordhoek, go on an exhilarating horse ride along the beach or simply enjoy lobster and fresh seafood on your hotel patio. The views over the Atlantic Ocean are incredible, and you can often watch whales coming into the bay.

If you want to escape the demands of modern life and are seeking the peace of the ocean waves outside your hotel window and the far-off cries of seagulls, then you will love any one of the above mentioned hotels. At most of them you can easily spend an entire week at the hotel, without having to set a foot outside the hotel grounds to experience breathtaking views and the best that South Africa has to offer.

Lodge, camp, bush camp, mobile camp, tented camp, fly camp… With so many different safari accommodation types, how do you tell the difference between them and understand what kind of safari experience to expect from each? If you're considering an African adventure, or are already in the planning stages of…

For many of our Northern Hemisphere visitors, this may be the very first time that they spend a Christmas in the sun! While a traditional turkey with all the trimmings can’t be beaten, slaving away in your rented villa's kitchen in summer temperatures is not much fun. That’s why we… 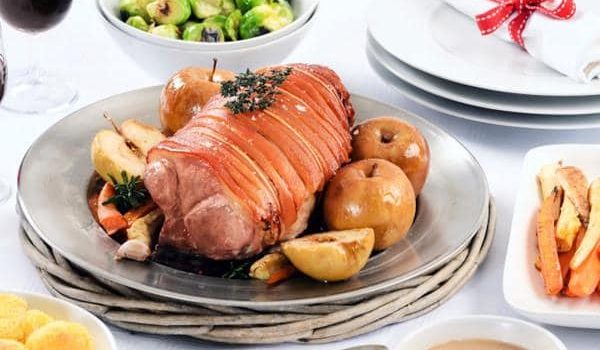 Not all visitors to South Africa are fortunate enough to be here on an extended holiday. For those who are lucky enough to find themselves in Cape Town, but less fortunately find themselves with just a day or so to spare for a safari, there are a few game reserves…