It’s known as the SECRET SEASON ‐ that heady period between January and March each year when the African wilderness is lush and green, filled with life and vibrant colour and hardly any tourists!

As winter firms its grip on the northern hemisphere and the temperatures plummet, summer gets under way in central and southern Africa, with the rains bringing life in abundance to the continent’s beautiful wild places. This is the “SECRET SEASON,” or “EMERALD SEASON” ‐ so named for the verdant foliage and grasses the rains bring forth and the fact that hardly anyone seems to go on safari over this time! Perhaps they’re put off by the legendary African heat that summer brings? Yes, it does get rather hot but you soon acclimatize and the pay‐off is an Africa transformed into a paradise filled with baby animals of all sizes and descriptions and the most incredible birdlife anywhere in the world. 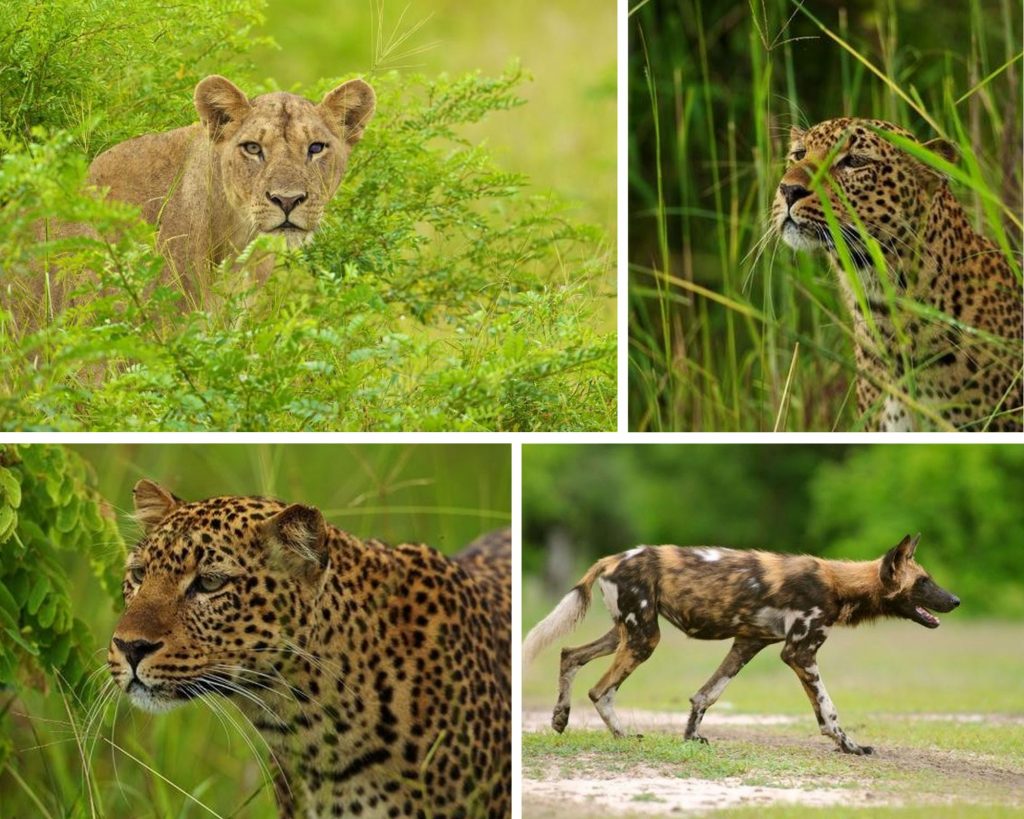 All The Beautiful Birds

Summer means migrant bird species from the north arriving in their millions to make Africa their home for the winter, along with the intra‐African migrants who head south for the good life the rains bring. The striking colours of their plumage mix with the various blooms and blossoms of the bush and the rich greens of the open grasslands and magnificent woodland trees, all laid out beneath some of the bluest skies you’ll ever see.

The rich rusts of the African paradise flycatchers, breathtaking reds of the southern carmine bee‐eaters and irridescent green of Klaas’s cuckoo mix effortlessly with the yellows of black‐headed orioles, flashy turquoise of the woodland kingfisher and magnificent multi‐colored array of the lilac‐breasted roller, bringing a dash of Technicolor to Africa’s impressive landscapes. 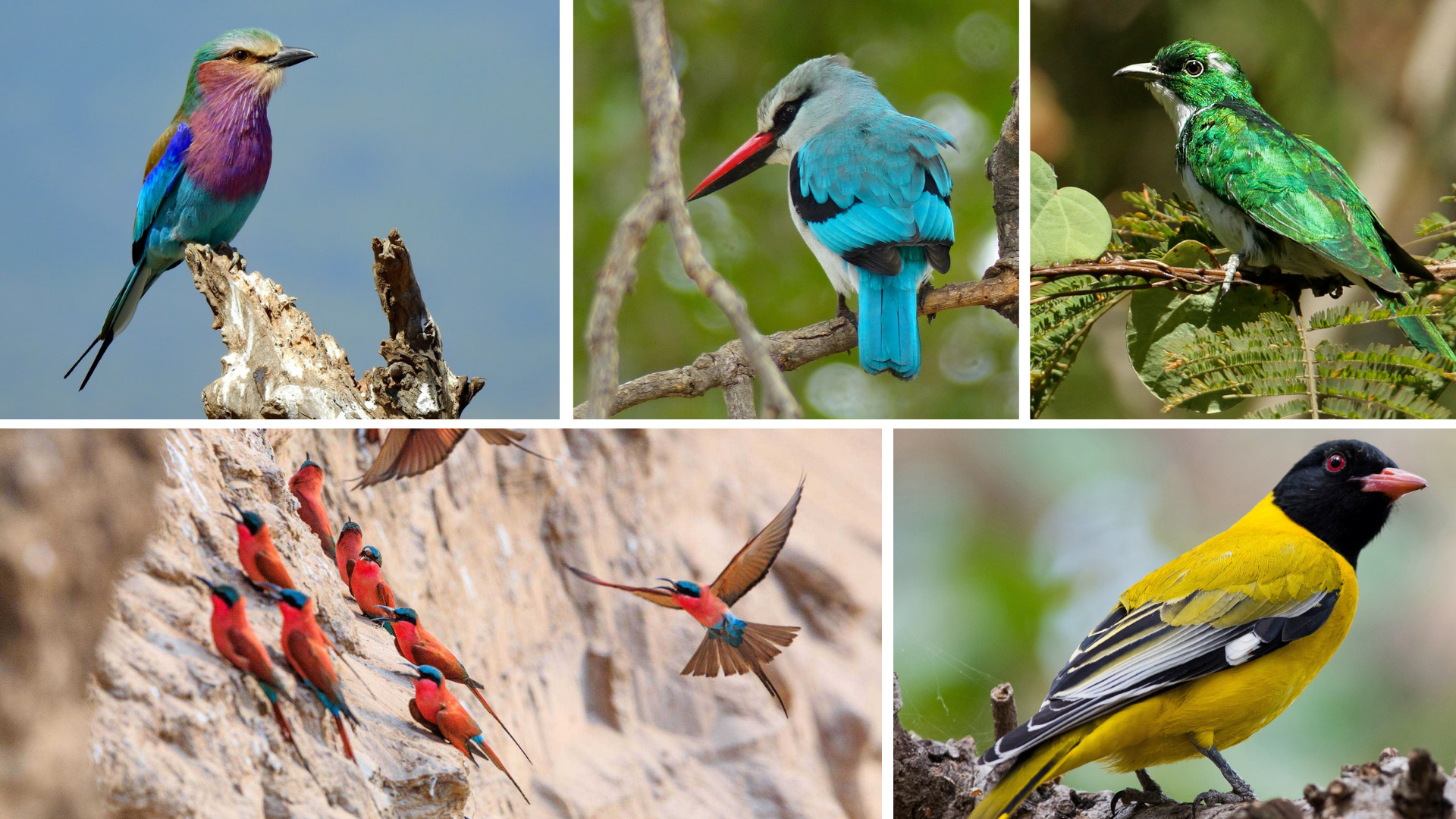 Even if you’re not a birder at the outset of a secret season safari, you absolutely will be one at its end!

While the flutter of bright plumage fills the air, the patter of tiny hooves makes game drives irresistible… The secret season is filled with baby animals, from wildebeest and buffalo calves to impala lambs and zebra foals, and everything in between. Even Africa’s smallest carnivore ‐ the adorable dwarf mongoose ‐ gets down to baby making in the summertime, so watch out for these wonderful tiny predators and their social antics at den sites, usually found in old termite mounds. 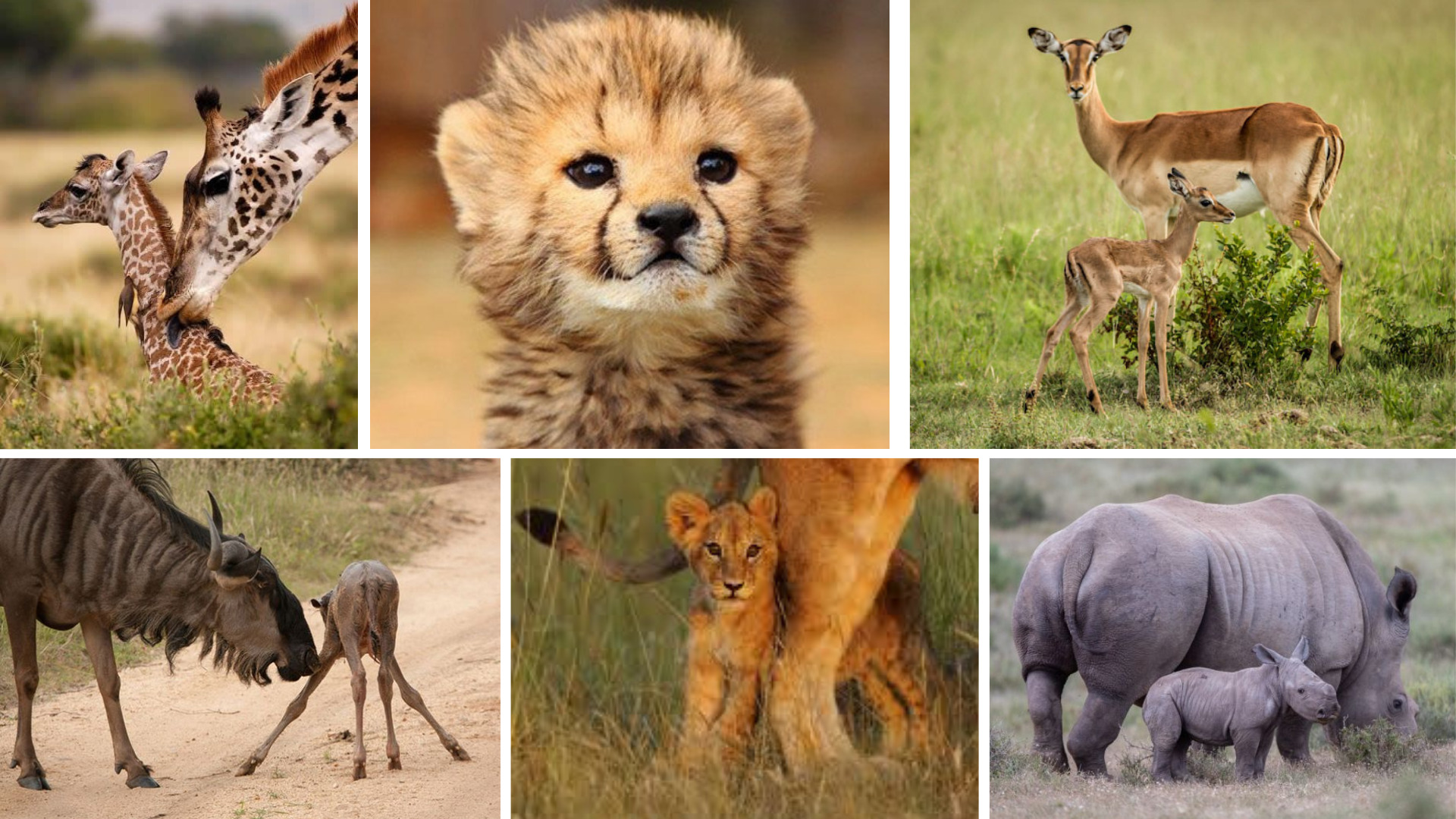 Cuteness on safari to enthral both young and old. Seeing nature’s rebirth is such a delight and makes for amazing photo opportunities.

Watching your kid’s eyes and hearts becoming attuned to the African wilderness is so fulfilling that you’re forgiven to be paying more attention to the expressions on their faces than the animals you’re watching!

Of course, the plethora of baby animals is perfect for your own babies, making the secret season an amazing time to bring your kids on safari. We have partnered with some of the best safari camps and lodges across Africa that offer unique safari experiences for children, taking them on amazing adventures all of their own. Kids’ safari programmes allow them to expore with their own guides and discover the kind of stuff that fascinates them, from animal tracks and poop to weird bugs and lizards! 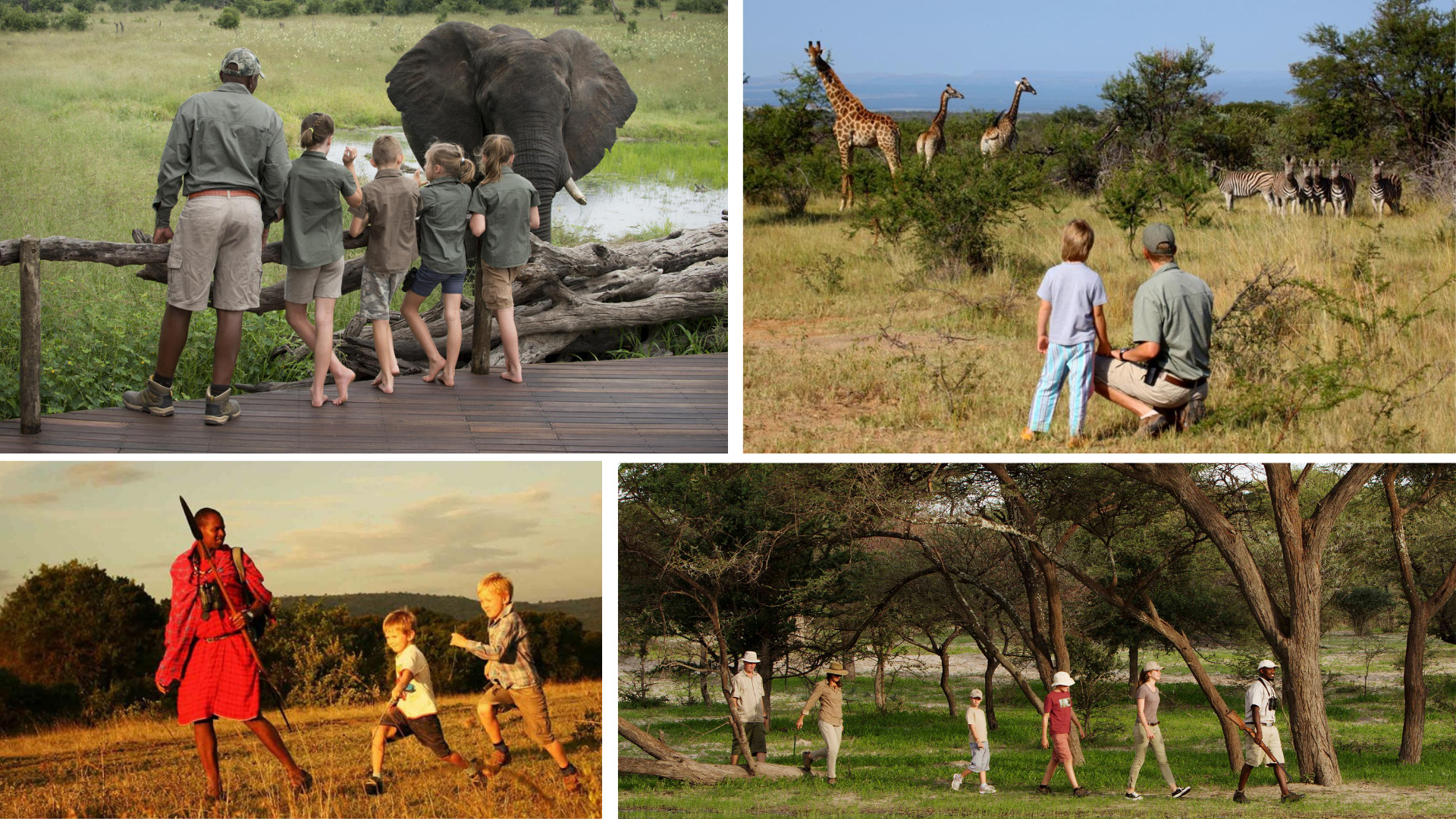 Because the secret season is, well, so secret, there’s not so many tourists around which means your safari is going to be exclusive without even trying! You can take social distancing to new heights by being the only people traversing huge swathes of African wilderness, enjoying the sights and sounds of summer in Africa at your leisure! Sun yourself on beaches with hardly any people on them because the locals have all gone back to work or school… Enjoy game drives without seeing another vehicle… See a side of Africa so few others get to see… 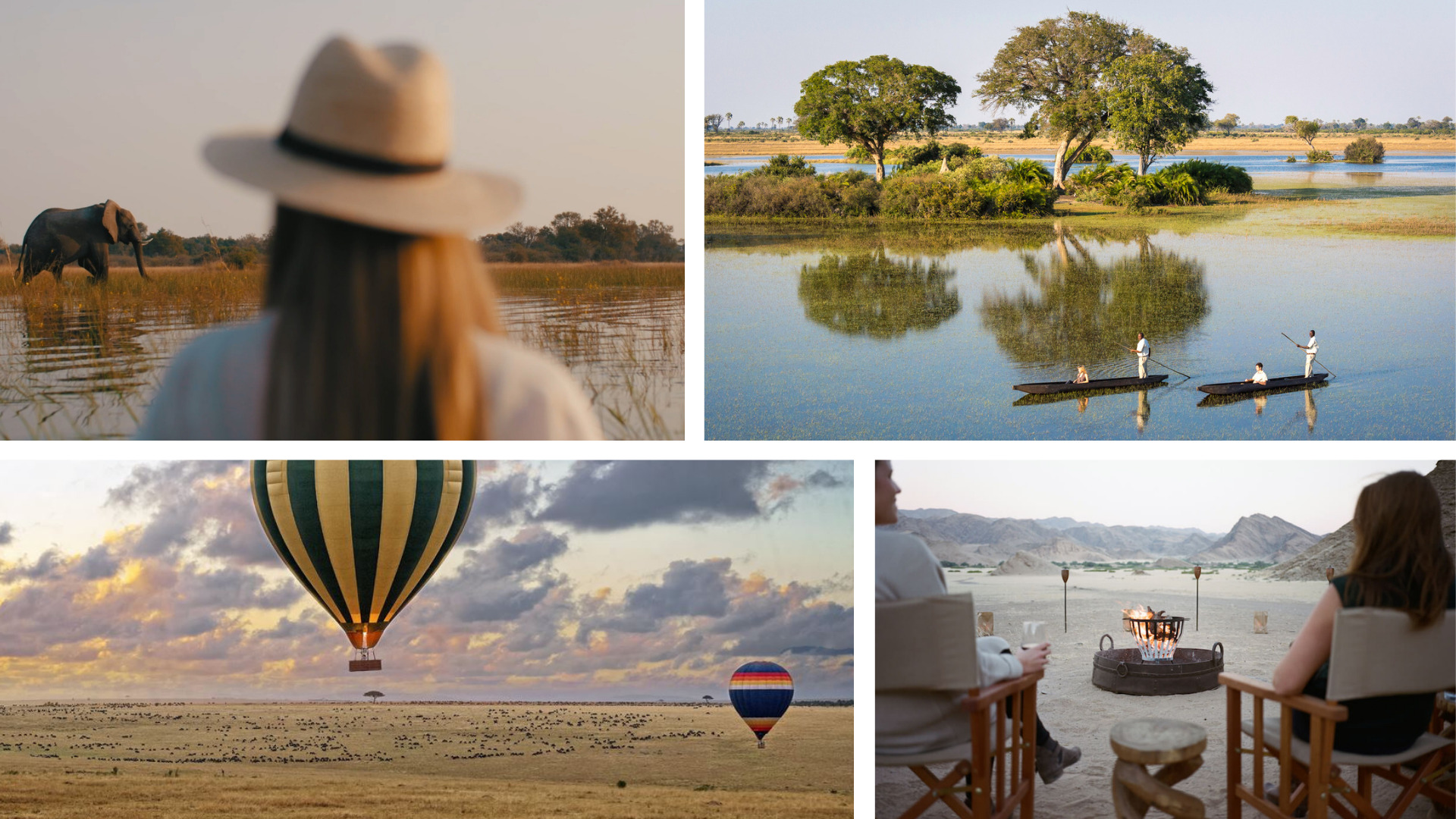 All safaris take place in remote places where social distancing and exclusivity are the norm. Space, peace and just the sounds of nature are what we all need right now. 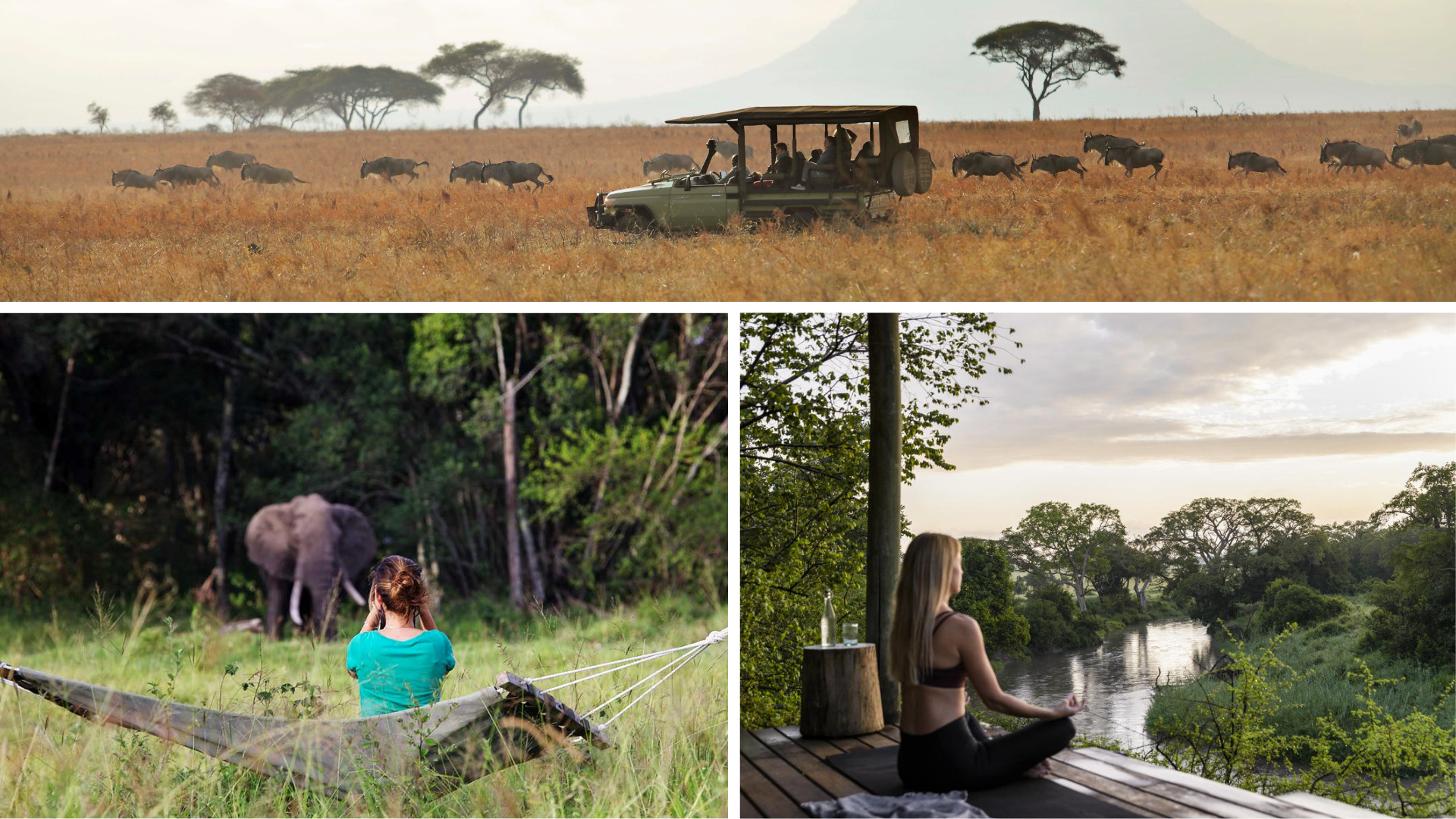 And because the peak season of the holidays has been and gone, you can also take advantage of secret season rates which are inevitably kinder on your pocketbook! So chat to us today about a secret season safari and enjoy something altogether wonderful… 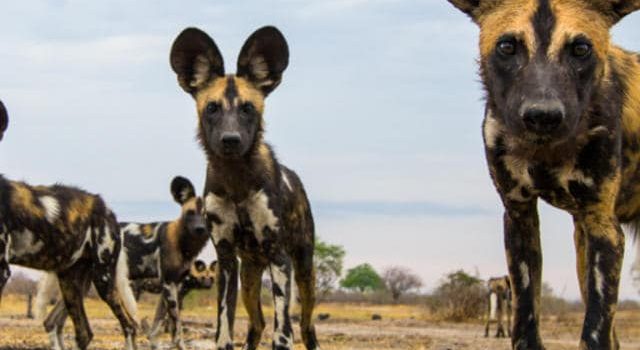 In today’s fast-paced world time is the most precious commodity and time spent with loved ones and extended family (in particular multi-generational travel) continues to rate as one of the top trend in general for the coming year. This year is also tipped to grow the sustainable travel trend with…