BioCarbon Partners (an African-based and majority African-owned social enterprise that manages and develops carbon projects in Africa) together with the Zambian Wildlife Authority and Conservation Lower Zambezi which are supported by the USAID Community Forests Program have recently announced that they have achieved the world’s first carbon neutral national park in Zambia; namely the Lower Zambezi National Park. This highlights the commitment of the African tourism sector to create a carbon-aware future that promotes ecotourism and is in line with the global climate agreement reached at the Paris Climate Conference last year.

A carbon neutral wildlife park is one that generates no greenhouse gas emissions from its operations or those of its partners and concessionaires. This Zambian initiative, which was first inspired by similar efforts in the USA and the UK, aims to show that the private Zambian tourism sector is serious about joining the global climate call for action. As tourism remains the largest service industry in the world (and ecotourism holidays are on the rise), it is fitting that they take responsibility for the emissions that they generate. Tourism needs fuel, food and energy to survive and thrive and it is thus vital that tourism operators worldwide take action to reduce their carbon emissions and take carbon-conscious decisions.

The first carbon neutral company is one of our preferred safari partners, Norman Carr Safaris, which operate in the South Luangwa and Liuwa Plain areas.

Every single tourism operator based in the Lower Zambezi National Park took part in this carbon neutral initiative, even those located on the outskirts of the park. The emissions of the national park’s tourism lodge concessions were offset for the entire 2015 calendar year, as well as their respective head offices in Zambia’s capital Lusaka. Despite tourism being down significantly in Zambia and in many other parts of Africa in 2015 due to various factors, private sector operators footed the bill for this initiative. Many of the lodges that participated also decided to invest in renewable energy and to buy Verified Carbon Units (VCUs) from the Lower Zambezi REDD+ Project. Tourism operators bought REDD+ VCUs at a premium price which further underlines their value and many benefits ranging from poverty reduction and conserving Africa’s forests to sustaining biodiversity.

What Are The Criteria?

The criteria used to assess carbon neutrality is strictly set by international organizations. Staff travel, lodges, head offices and all food production emissions (including staff and client meals) are assessed. Activities that cause higher emissions are replaced by ones that are eco-friendly, for example, some lodges changed over to using sustainably manufactured eco-charcoal instead of wood. Energy efficiency was also improved by using solar power instead of generators. The remaining emissions such as cooking fuel, camp emissions, and patrol operations were then offset by purchasing VCUs from the Lower Zambezi REDD+ Project, supported by the USAID-funded CFP.

Each year the carbon footprint will need to be re-assessed to ensure the carbon neutrality and to continue reducing emissions. 2015 also saw operators signing up to the ‘Copper’ neutrality level which covers office, park conservation, and lodge emissions. ‘Silver’ and ‘Gold’ also cover airline emissions (including domestic and international flights), and ‘Platinum’ covers all airline emissions even when a tourist visits places which are not connected to the Lower Zambezi National Park. The aim is to continually reduce even higher levels of emissions that are related to travel to the park; not produced in the park itself.

Which Lodges Have Been Involved?

Thirteen lodges in total were part of this initiative, of which six can be found in the Lower Zambezi National Park including Old Mondoro Bush Camp, Mwambashi River Lodge, Chiawa Camp, Anabezi Camp, Sausage Tree Bush Camp. The remaining seven lodges can be found in the adjacent Chiawa Game Management Area, and include Chongwe River House, Chongwe River Camp, Kasaka Lodge, Baines River Camp, Tsika Island, Royal Zambezi Lodge and Kanyemba Lodge. Some of these lodges are not directly financially dependent on the park, which further highlights their conservation commitment and drive to promote eco holidays.

What Positive Impact Does Being Carbon Neutral Create?

The Lower Zambezi REDD+ Project adheres to the Verified Carbon Standard (VCS) and is strictly controlled by the Climate, Community & Biodiversity (CCB) Standards. This is the first project of its kind in Africa to achieve triple gold validation to the CCB Standards because of the positive impact it creates to climate change, biodiversity, and local communities. The funds that are raised are reinvested back into land management such as infrastructure, fire management, communications and anti-poaching roads; conservation security to combat poaching; initiatives to promote ecotourism activities; carbon accounting and community-based livelihood projects that support the Forestry Department and ZAWA and protect this national park against illegal logging and charcoal production.

The Lower Zambezi National Park is truly a shining example of a world-class conservation and tourist destination. The operators in this park have committed to going the extra mile to create a responsible and sustainable park that offers visitors one of the most unique and extraordinary wildlife and ecotourism destinations in Africa.

From my close-up encounter with the world's most trafficked mammal (one of the species under Tswalu's protection) to sightings of a regally reclining cheetah within 5 minutes of their sunset game drive and a ferocious mating pair of lions, my time at Tswalu Kalahari was magnificent! 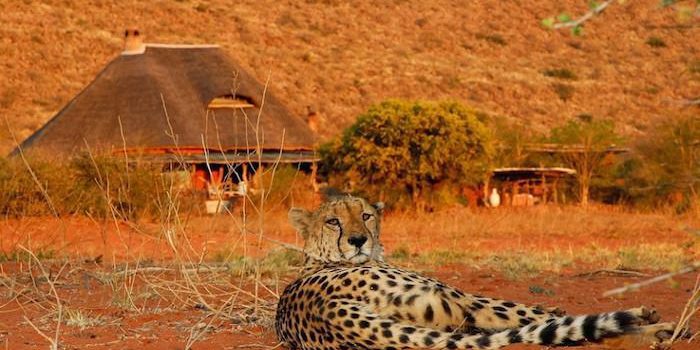 Safaris, whilst being one of the most unforgettable experiences when visiting Africa, can also be quite exhausting. Waking up at the crack of dawn to get a glimpse of the elusive Pangolin, spending hours in game vehicles and being at the mercy of the often harsh African climate can take…

We live in a time where ancient cultures are fast disappearing and are a true privilege to encounter. Very rarely can one experience an authentic tribe, and it is this that sets the safari experience in Kenya apart from the rest of Africa. Even more fascinating than encountering the ancient… 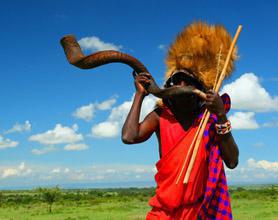