The East African countries of Kenya and Tanzania each hold an abundance of attractions for visitors seeking out an authentic safari experience.

Tanzania’s borders are open for international tourism and Kenya are opening international tourism in August 2020. Both countries are enforcing Covid-safe regulations and protocols and the properties are taking the utmost care following these regulations in order to ensure you are experiencing a Covid-safe environment. Kenya has been awarded the ‘Safe Travel Stamp’ by the World Travel and Tourism Council (WTTC) in recognition of the country’s adoption of the required global health and hygiene standardized protocols and in Tanzania, all the properties have to follow the Covid-19 certification process and comply to all regulations.

Both countries are primarily big game destinations with large herds of game and vast plains as far as the eye can see. One can focus on each individual country or combine them, with holiday options for multi-generation families, honeymooners, adventure seekers and everybody in-between.

The famed plains of the Masai Mara, where large numbers of cheetah, lion, leopard, and elephant roam the grassy savannahs, as well as Amboseli, celebrated for it’s impressive herds of elephant, along with exceptional views of majestic Mount Kilimanjaro, are simply put, quite spectacular.

Both Meru National Park and Samburu National Park also merit a very laudable mention; the former known for its elephant herds, idyllic ambience, and jaw-dropping views of Mount Kenya, but most notorious as the spot where George and Joy Adamson re-introduced the orphaned lioness Elsa, forever immortalised in the poignant movie Born Free.

Samburu National Park  is strikingly beautiful, hot and arid, and well worth visiting. It offers some unique wildlife that is only found in the area, the Samburu Five, which consists of the Gerenuk, the Reticulated giraffe, the Somali ostrich, the Grevy’s zebra, the Beisa oryx. Not to forget the Samburu tribe, which is a sub-culture of the Maasai, and affectionately know as The Butterflies due to their colourful attire.

Neighbouring Kenya to the South, lies the Tanzania , a true gem, just like the Tanzanite gemstone. Here there are no less than seven of the world’s heritage sites: Ngorongoro Crater, the Serengeti, the Selous, Mount Kilimanjaro, Stone Town, Kiwa Ruins and Kondoa, not forgetting the other spectacular natural sights and vistas.

The Ngorongoro Crater,  the world’s largest unbroken volcanic caldera, will amaze you with it’s wildlife, a genuine amphitheater of animal drama; and similarly, the Serengeti National Park, delivers a breathtaking backdrop to the annual wildebeest (and zebra) migration, punted by many as ‘the Greatest Show on Earth’.

Further to the South, the mighty  Selous Game Reserve, one of the largest faunal reserves of the world, is unique for the number and sheer diversity of animals that can be sighted, with elephants, hippopotami, African wild dogs, Cape buffalos, as well as crocodiles, all relatively easy to find and to capture on film.

And then, although not chiefly a wildlife area, but more than a little difficult to overlook, Mount Kilimanjaro, the highest mountain in Africa, is truly appealing, whether to climb, or to simply gaze in reverence at it’s mighty peaks.

In addition to it’s central heritage sites, Tanzania proffers many further gems, including chimpanzees, and Lakes Tanganyika and Manyara respectively.

Lake Tanganyika, one of the Great Rift Valley lakes, is surely one of the most beautiful lakes in the world, whilst Lake Manyara within Lake Manyara National Park, is renowned for it’s hallmark flocks of an estimated three million pink flamingos and various other bird species, making it a birdwatcher’s paradise.

Off the beaten track, the undiscovered Tarangire National Park will captivate you with it’s abundance of elephants and Baobab trees, as well as wonderful game viewing without the crowds.

Both of these East African countries are home to the rich and colourful Masai people, along with their fascinating cultural beliefs and traditions.

Though there are many wide-ranging enticements to visit Kenya and Tanzania as separate destinations, one of the best reasons to visit both countries together is for the ‘The Migration’.

The wildebeest know no boundaries and follow age-old migratory paths, blurring the border of these two neighbouring countries.

The migration follows a circular route throughout the year and starts in the southern Serengeti of Tanzania, passages through the central and western Serengeti, and into Kenya’s Masai Mara, in an uninterrupted cycle of life and birth.

Determined by annual rainfall patterns, the precise timing of the Great Wildebeest Migration is a slightly thorny ‘guess-timation’, but largely speaking, the biggest visual exhibition of the wildebeest is expected from May until August each year.

Having said this though, the wildebeest movement is ongoing, if you plan well, the continuous crusade may be intercepted at any number of junctures in either Kenya or Tanzania along their migratory way.

Combining a Safari to Kenya & Tanzania

For viewing the Migration no less than a ten-day safari is recommended, to which you could (or should) add, at least another four days (longer if you can), for other sights and attractions in either Kenya or Tanzania.

The countries are vast, game reserves other than the Serengeti and the Masai Mara are relatively isolated from each other, making travelling distances somewhat lengthy, but oh so worthwhile.

The Kenya and Tanzania safari industry is backed by an efficient tourist infrastructure with a dazzling choice of camps and lodges to suit all tastes and all budgets.

One can fly into  Nairobi in Kenya, or  for Tanzania into Dar es Salaam or Kilimanjaro (close to Arusha), and from there, either fly or drive to your destinations, or to get a real feel for the countries, opt for a combination of the two.

To make the very best of a Kenya Tanzania safari, and to save considerable time, a fly-in option makes short work of the many miles and also allows guests a birds-eye view of the Tanzania and Kenya landscapes; each relatively short flight between camps in a small aircraft with the opportunity for game spotting from the skies.

Combine a Safari with time on the Beach (Bush & Beach)

After a somewhat dusty and always exciting wildlife encounter what could possibly be better than a few days rehydrating on languorous white beaches next to the ocean, and fortunately Tanzania and Kenya have both sea and sand by the bucket-load.

For a few days of rest and relaxation, visitors can choose from the sandy white shores of Kenya, or from the islands off the coast of Tanzania.

Zanzibar, a firm favourite for unwinding and soaking up the sun, offers the best of all worlds … larger resorts, secreted hideaways, as well as the sheer magic of exotic Stone Town … all embraced by the lapping waters of the warm Indian Ocean.

With many guests vying for the best vantage point from which to view the perpetual phenomenon of the Migration, it is best to plan carefully and to book ahead.

Whilst either Kenya or Tanzania is worthy of a standalone holiday, be smart, combine the best of both countries, and enjoy a Kenya Tanzania safari rolled into one.

Test the team –  get in touch with me, your East Africa Expert and I’ll put together an itinerary especially for you. 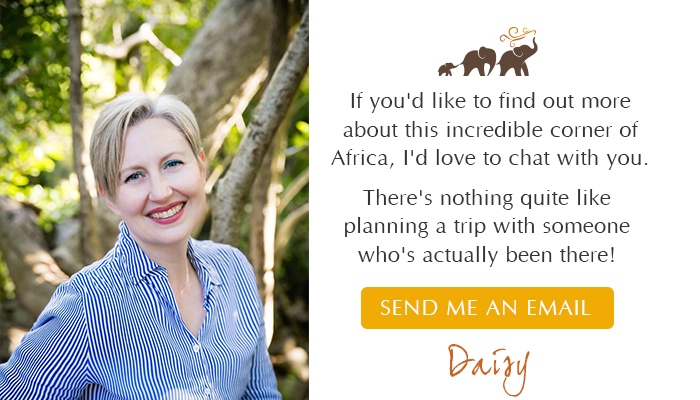 Visitors and locals alike are very spoilt when it comes to eating out in Cape Town and the surrounding Winelands.  Besides a wide variety of beautiful locations and access to fresh produce, some of the best chefs on the continent choose to live in the Mother City. You're in for a… 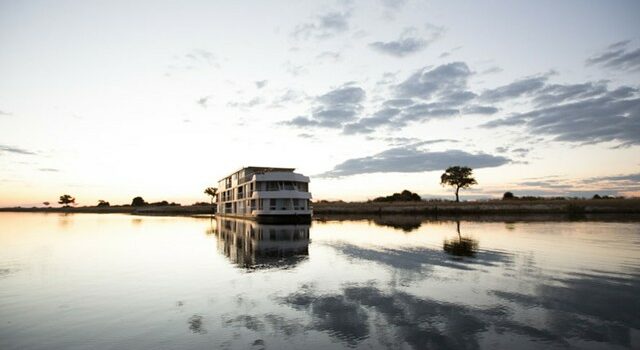