Luxury train travel has been around ever since the Orient Express started with meandering rail trips across Europe. There are few things as romantic as travelling by train in old-fashioned elegant style through impressive, ever changing landscapes, dining on board and watching the countryside slip past at a sedate pace. Stopping at interesting lesser-known town’s en-route to break up the trip is all part of the incredible experience of luxury trains.

An African luxury train trip is a popular addition to many of our itineraries, especially those where time and expense is not really an issue. In South Africa there are two luxury train brands – Rovos Rail and the Blue Train. If you are young and brimming with energy, then a luxury train journey is not the ideal mode of travel – mainly because you are forced to just relax and do very little besides eat, read, look out the window and get to know your fellow passengers. The majority of the passengers boarding a luxury train are wealthy retirees. This type of travel is also not suitable for children under the age of 13, and even then there are quite a few rules that youngsters have to abide by.

The Blue Train is known by many in the region as one of the most elegant forms of travel. Providing top-notch services at a relaxing pace, the Blue Train has come to be loved by generations of train enthusiasts. Southern Africa is blessed with dramatic scenery and although there are many routes to choose from, by far the most popular and most frequent route is the Blue Train to Cape Town and Pretoria.

There are a few factors to consider when on such a sophisticated mode of transport, besides the strict rules for children travelers. Travelers will be pleased to know that the Blue Train does have WIFI access but please be aware that the cell connectivity is not the best! There is a strict dress code that should be adhered to, especially at meal times. Smart casual is acceptable during the day but once night falls, formal is the name of the game. During winter, guests may consider warmer clothing as the evenings tend to become a bit chilly.

The Blue Train Route Between CT and Pretoria

The route between Cape Town and Pretoria is approximately 1600 km long and takes around 27 hours to complete. You can start at either end with stopovers in different cities along the way. If you start in Cape Town, you’ll stop mid-way in Matjiesfontein which will certainly make you feel as if you had been transported back to Victorian times. Quaint London lampposts line the streets, while 19th Century architecture reminds everyone of the days that once were.

When starting in Pretoria, the route is slightly different as the train makes a stop in Kimberley where guests will get a taste of the town’s greatest legacy: the diamond rush. Visit “The Big Hole” where large mining expeditions took place and enjoy the decidedly small town atmosphere en route via train to Cape Town.

Blue Train passengers can expect the highest quality cuisine amidst the most romantic of backgrounds in the sophisticated dining cars. Think soft jazz piping in through carefully disguised speakers, heavy draped curtains over gold stained windows, and, of course, well-trained personal butlers to attend to your every need.

The Blue Train South Africa provides an experience moreso than it does a trip, so make sure to pack your finest threads to suit the train’s undeniably upmarket tone. Dinner is an especially elegant affair. Whether a romantic dinner for two, or a larger dining party, men in particular need to pack a jacket and tie.

While the atmosphere may remind guests of a more colonial time, the food on the train is definitely of the 21st Century. Many meal options are available including Halaal and Kosher and the restaurant also provides gluten-free as well as vegan meals.

Many routes are undertaken by this railway institution, and they are certainly not restricted to luxury train travel in South Africa. For those who do delight in relaxing rail travel, the famous Cape Town to Dar es Salaam or Cape to Cairo routes are truly epic, once-in-a-lifetime journeys! Whatever your travel style (a honeymoon or special anniversary), you’re bound to find an itinerary to suit you – Rovos Rail specials offer a wide range of trips spanning 48 hours to 28 days.

The Rovos Rail Route Between CT and Pretoria

The Rovos train also travels this extremely well-tread route, and with good reason. The trip from Cape Town to Pretoria provides a well-rounded glimpse into South Africa’s glorious landscape. From the majesty of the Great Karoo and the sprawling grasslands of the Highveld to the rolling valleys in Cape Town’s Winelands region, Southern Africa’s greatest treasures will be revealed.

Whether travelling from Cape Town to Pretoria or vice versa, guests will find highlights at every turn of the track. In the south, you can experience the grandeur of Table Mountain as it casts a shadow over the Atlantic. In the north, you’ll snake through villages and towns steeped in South Africa’s history. Towns like Matjiesfontein and Kimberley are well preserved vestiges of the past. During overnight stops guests will be able to leave the train and explore such fascinating sights as the Diamond Museum to learn more about an industry that once was integral to the country’s economy.

The Rovos Rail Route Between Pretoria and Victoria Falls

Another popular route is from Pretoria to the grandiose Vic Falls on the Zambezi River in Zimbabwe. The journey lasts a total of 6 days and begins in Cape Town with a pit-stop in South Africa’s capital city, Pretoria.

Once in Pretoria, guests can choose between a tour of the historic city or some free time before an overnight stay at a deluxe hotel. The next day, guests embark bright and early on the two night journey to Victoria Falls. As an added bonus, this luxurious journey now includes an extra night at the Hwange National Park where guests have an option to take part in an unforgettable game drive.

Guests can expect the same caliber of fine dining on the Rovos trip to Victoria Falls. The smart Victorian dining cars are filled with great ambience, matched perfectly by the sumptuous meals on offer. An added bonus of being right in the heart of Southern Africa is the wide array of fresh ingredients and South African wines on offer. Dinner on the Rovos will certainly not disappoint!

Those worrying about staying connected while on the train may have to consider an alternate form of transport. The point of the journey is to be taken back to a bygone era and as such, there are no television sets or radios anywhere to be found. Cellular connectivity is a bit sticky while the train is in motion and on the Rovos there is no WIFI.

Choosing between Rovos Rail or the Blue Train can be tricky. They both offer great packages and are similar in many respects. Here are a few differences, however, that may help make up your mind:

Both trains have air-conditioning, but on Rovos Rail passengers can open the windows. This is not so on The Blue Train.

The showers on Rovos are bigger but the Blue Train offers more technologically enhanced features such as a camera-view from the drivers’ perspective from the comfort of your own suite, as well as WIFI throughout the train.

If the idea of travelling from Cape Town to Pretoria via a luxury train is on your wish list but you don’t quite have the budget for a deluxe trip like this, there is also the Shongololo Express and the much cheaper Shosholoza Meyl.

Traditionally the best time to go on Green Season Safari in Southern Africa is in the dry winter months (May to August) when the bush is dry and sparse making spotting the game a whole lot easier. At this time, water has become scarce, and the animals are forced to…

As you know, I was born in Zambia, and so when the opportunity to join this agent educational trip came up,  I put my name in the hat and crossed my finger and toes!  It worked! With my passport (which I had to dust off), my negative COVID RT-PCR test… 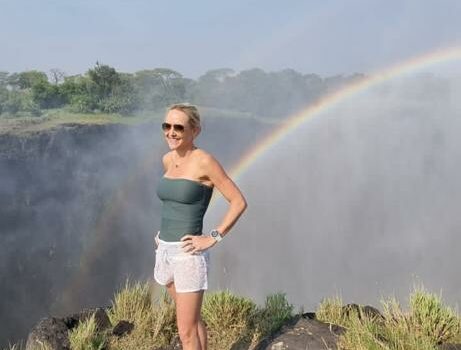 Neil recently arranged a trip to Wilderness Safari's Damaraland Camp and Hoanib Camp for his mother in law.  Lynn is a seasoned traveller who loves meeting interesting people and experiencing out-there places. Read this delightful account of her impressions and especially her description of her meeting the inimitable Lena. "What caught… 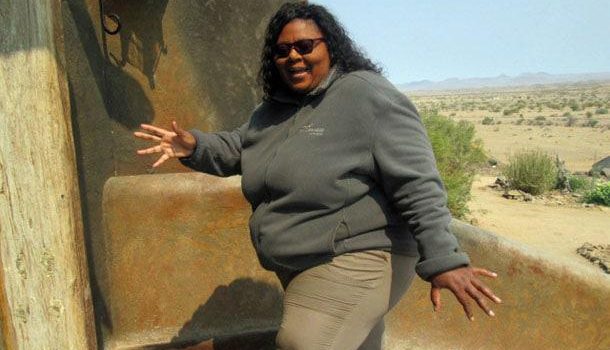