One of Africa’s most iconic and best‐loved safari camps has had an extreme makeover and the results are out of this world… Jack’s Camp on the edge of Botswana’s breathtaking Makgadikgadi Pans has been rebuilt from the ground up and is now even more breathtaking and unique, thanks to the unerring vision of the Bousfield family. Let’s take a peek… 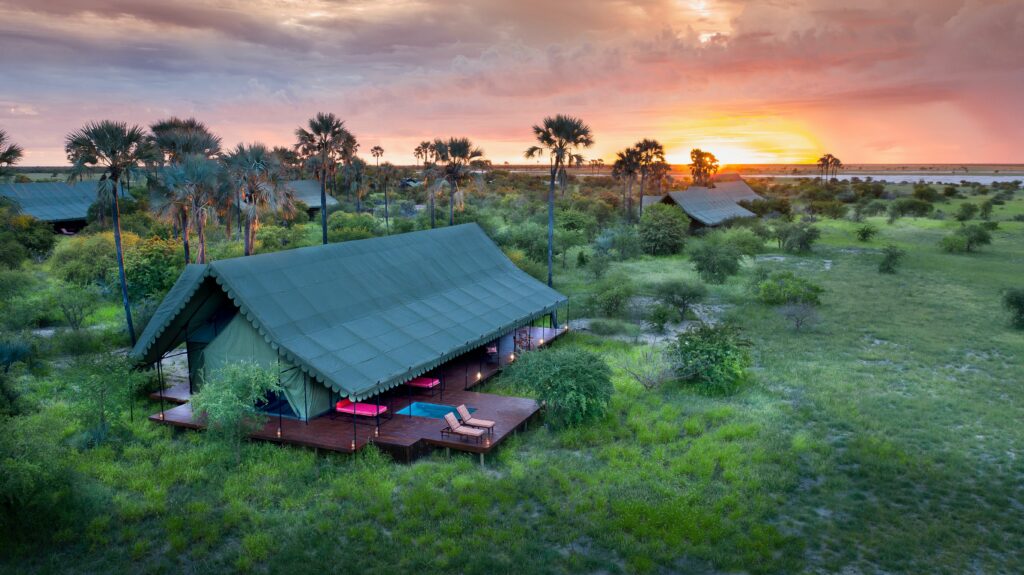 The camp was established in the 1960s by Jack Bousfield after the site so captured his imagination he felt compelled to set up camp there on one of his many expeditions. In those days it was a basic affair and Jack was the drawcard, being one of Botswana’s most legendary croc catchers and hunters of his day.

After Jack’s untimely death in 1992, his son Ralph refurbished the camp, weaving in a narrative from the 1940s in its look and feel, keeping it authentic and immersive with no electricity, hot water provided in huge copper jugs and bracing outdoor showers. Jack’s Camp also got two siblings ‐ San Camp and Camp Kalahari ‐ each of which followed the same eccentric style of their “big brother”.

The ethos was “real adventure in unreal style” and it captured the hearts and minds of safari‐goers across the world, who loved the complete break from the standard safari décor with the large, open tents and lush, quirky finishes that were quite unlike anything else the safari world had ever seen. Even the swimming pool was under canvas, which was a stroke of genius given the heat of the Kalahari summers!

The new‐look Jack’s Camp continues to pay homage to the 40s campaign style Ralph created, taking it to a whole new level, with opulent tent linings in rich, reds and earth tones, textiles from around the world and incredible attention to detail in the camp’s superlative décor and design. 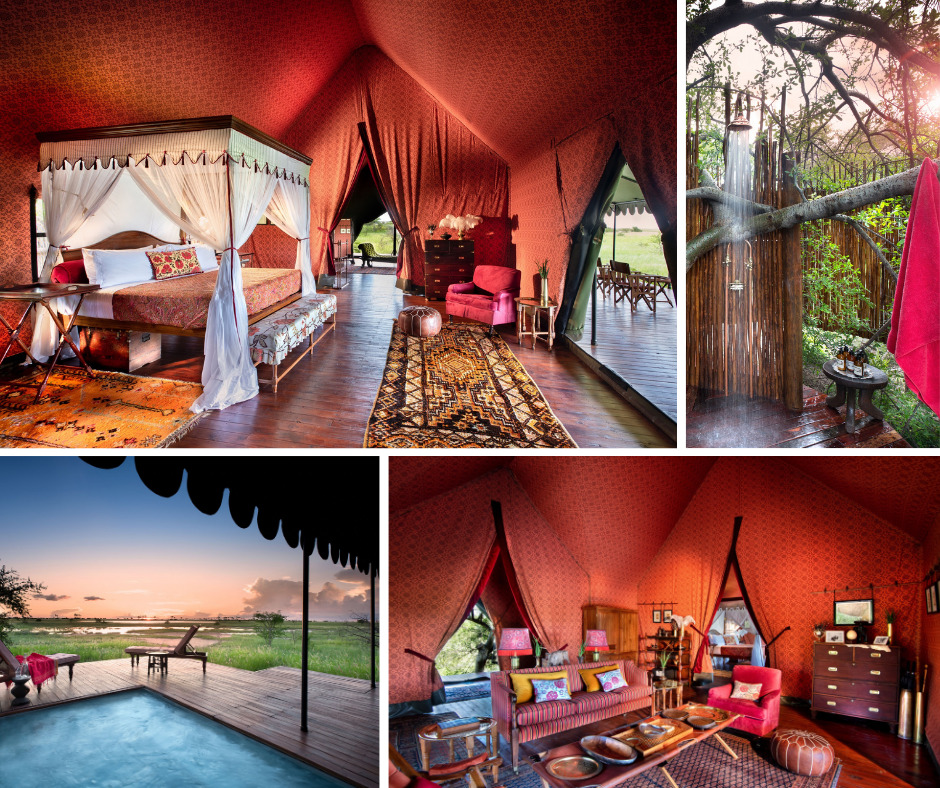 The nine guest tents are now a whopping 2900 square feet in size, with half that space inside and half outside, and feature an overhead bed cooling system, private verandah with a plunge pool and en‐suite bathroom with indoor and outdoor shower options. Seven twin guest tents feature two queen‐sized beds, while the two double guests tents have extra‐length king‐ size beds.

Antique display cabinets that once graced London’s Natural History Museum sit alongside mahogany campaign furniture, plush sofas and day beds and colourful Persian and North African rugs cover the floors, creating a sensual feast for the eyes in one of the most unique and breathtakingly beautiful ‐ and otherworldly ‐ parts of Africa. 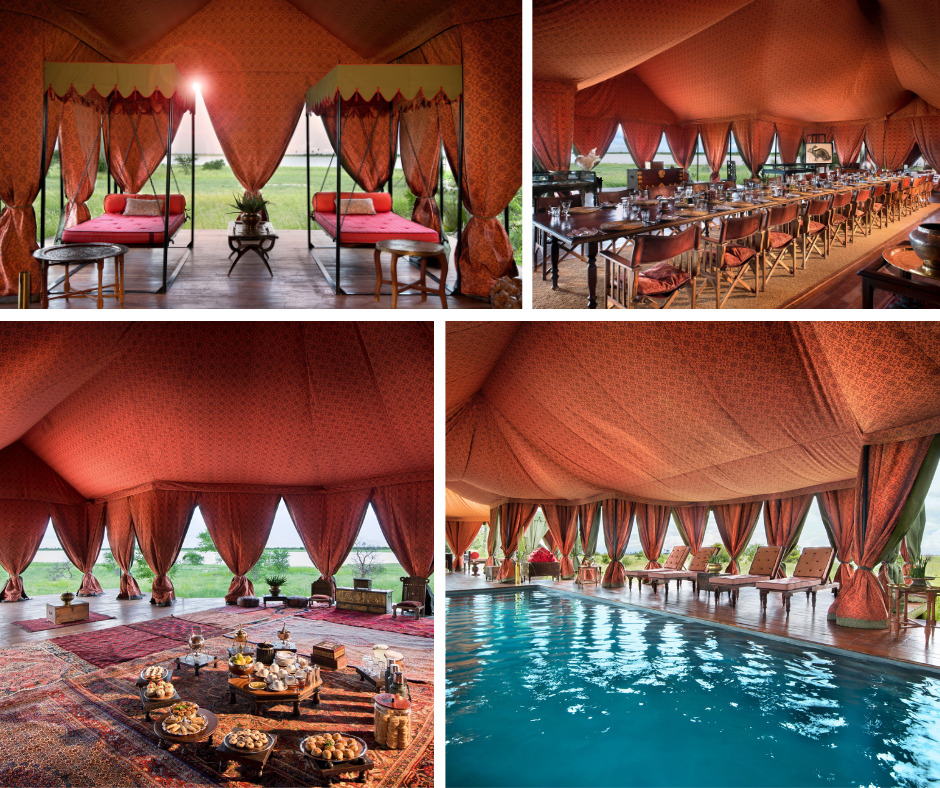 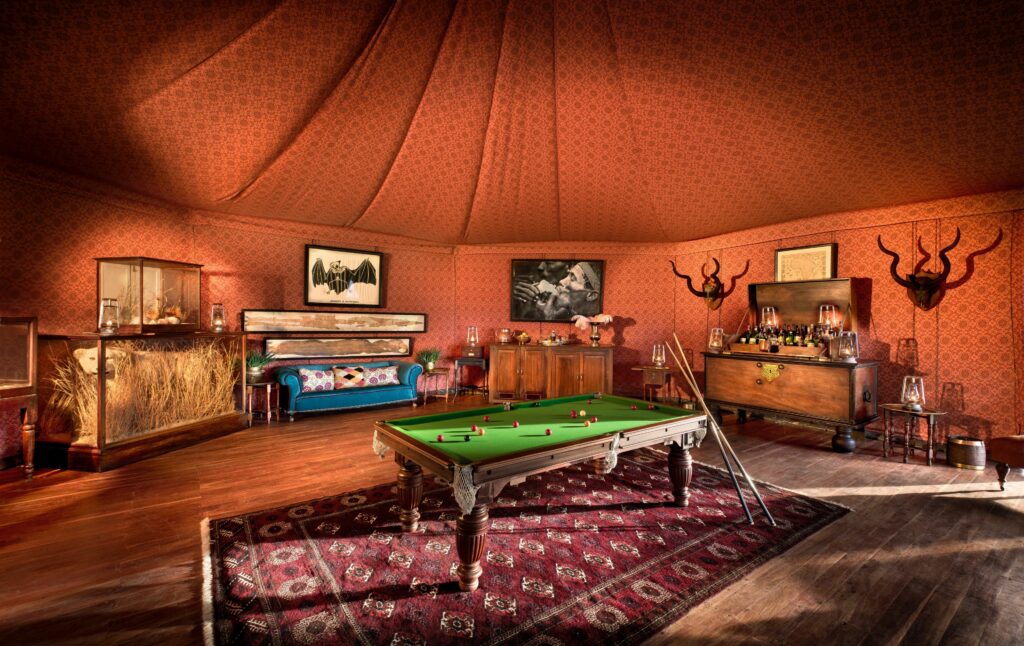 The camp’s mess tent has also grown in size and still has its renowned Natural History Museum library, antique pool table and drinks chest stocked with a marvelous selection of alcoholic beverages that would put the likes of the Ritz and Waldorf Astoria to shame! 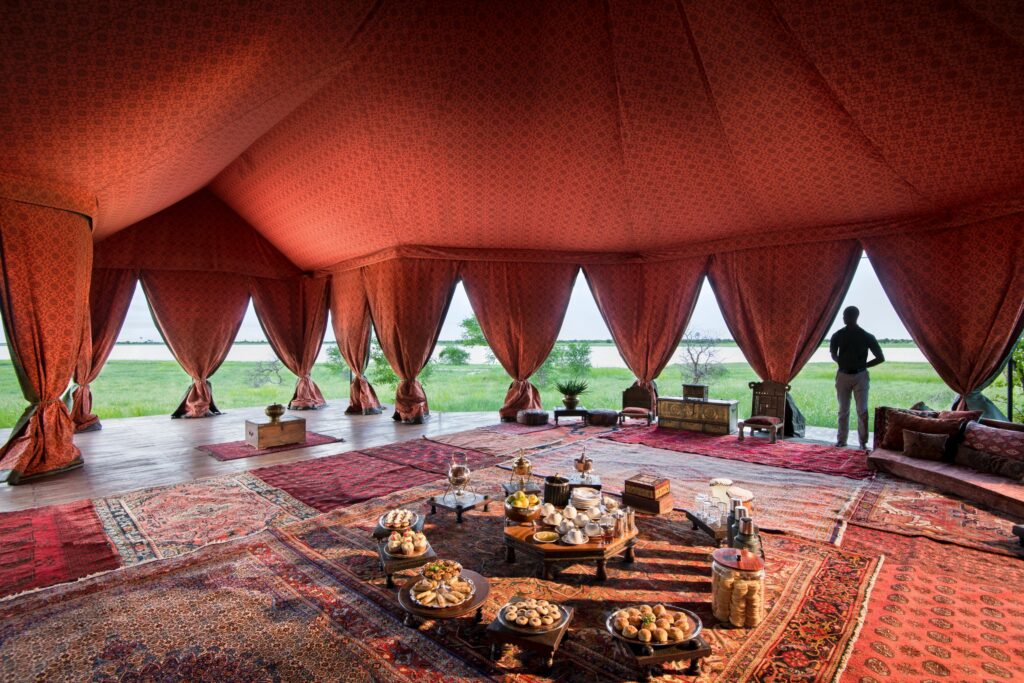 Jack’s trademark nomadic Persian tea tent is now bigger too and remains one of the most intriguing and gorgeous places to soak in the atmosphere of the surrounding desert.

GET YOUR JUST DESERTS!

It’s the desert that draws people to this incredible part of the world in search of a unique African safari experience. The Makgadikgadi doesn’t disappoint in this respect, sharing the spirit of the Kalahari in all of its stark beauty.

The Makgadikgadi has two very distinct and extremely different seasons ‐ in the dry season from April to October this is a typical desert with arid, scorched landscapes that shimmer white in the heat haze as the crusted salt reflects the suns rays. Islands of rocky outcrops and ancient baobabs interrupt the flat surface of the pans and the stargazing is phenomenal. This is when you can explore on quad bikes, sleep‐out under a vaulted night sky and experience the spirit of the desert in its most iconic state.

The arrival of the annual rains in November mark the start of the wet season. Rains bring life in abundance to the Kalahari and the Makgadikgadi Pans are transformed into a wetland paradise, with a carpet of verdant grass replacing the shimmering white of winter. The pans are covered with a layer of water that attracts huge flocks of pink flamingoes and migratory birds, as well as wildebeest and zebra. You’ll see brown hyena, gemsbok (oryx), lion, aardvaark, porcupine, honey badger and bat‐eared fox all year round. And the meerkats have been habituated to the point that they use humans as look‐out posts!

This is the ancestral land of the Zu/’hoasi bushmen and guests can join these master trackers ‐ Africa’s First People ‐ on thrilling bush walks, learning the ways of the Kalahari and the secrets of survival in this harsh environment. Helicopter flips are also available, as are horse trails.

When you visit Jack’s Camp, you will be directly supporting the following conservation initiatives by Natural Selection.

The Mmogo Coexistence Project
Human-wildlife conflict is one of the biggest issues that we face in conservation, and it’s especially prevalent where villages and predators are within close proximity.  In an attempt to reduce livestock predation by lions and leopards (and reduce retaliatory killing by farmers) this project introduces mitigation strategies and support to livestock farmers. The Mmogo Coexistence offices in the community educate farmers on mitigation and are able to respond quickly to reports of predation.

MEMORIES OF OUR MAKGADIKGADI EXPERIENCE

Invited by our preferred partners Natural Selection, we were privileged to visit the Makgadikgadi and experience Camp Kalahari,  San Camp and Jack’s Camp before Covid.  Jack’s Camp had only just closed for the rebuild and the and so we’re especially thrilled to finally see the results.  It brings back wonderful memories of the activities we enjoyed, the people we met and the new things we learnt.
* 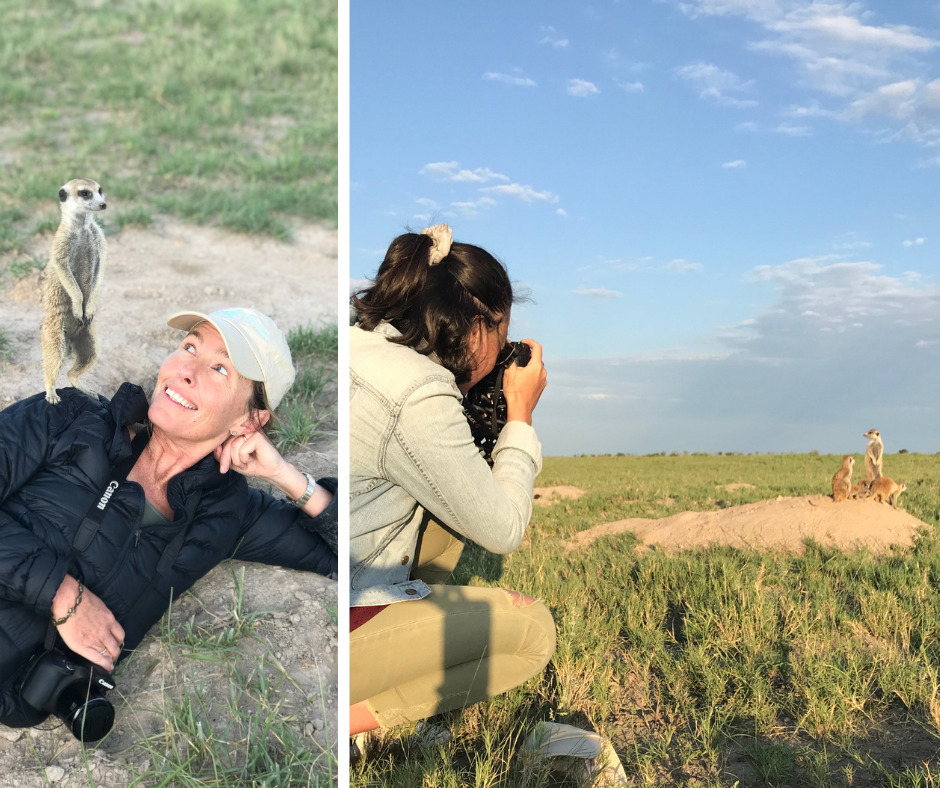 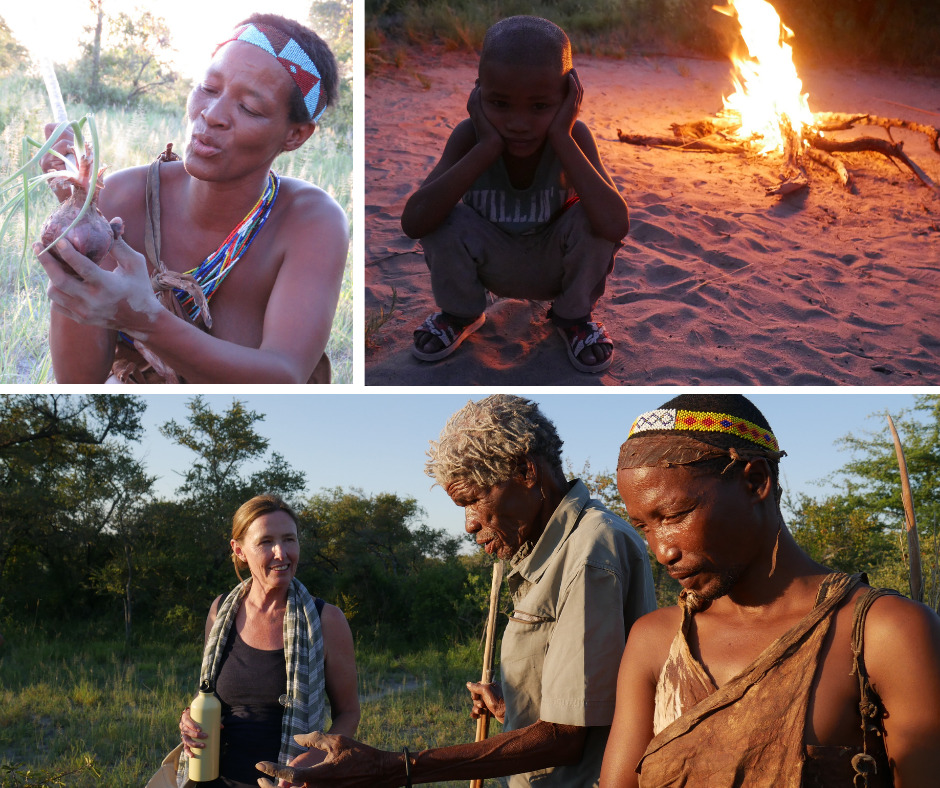 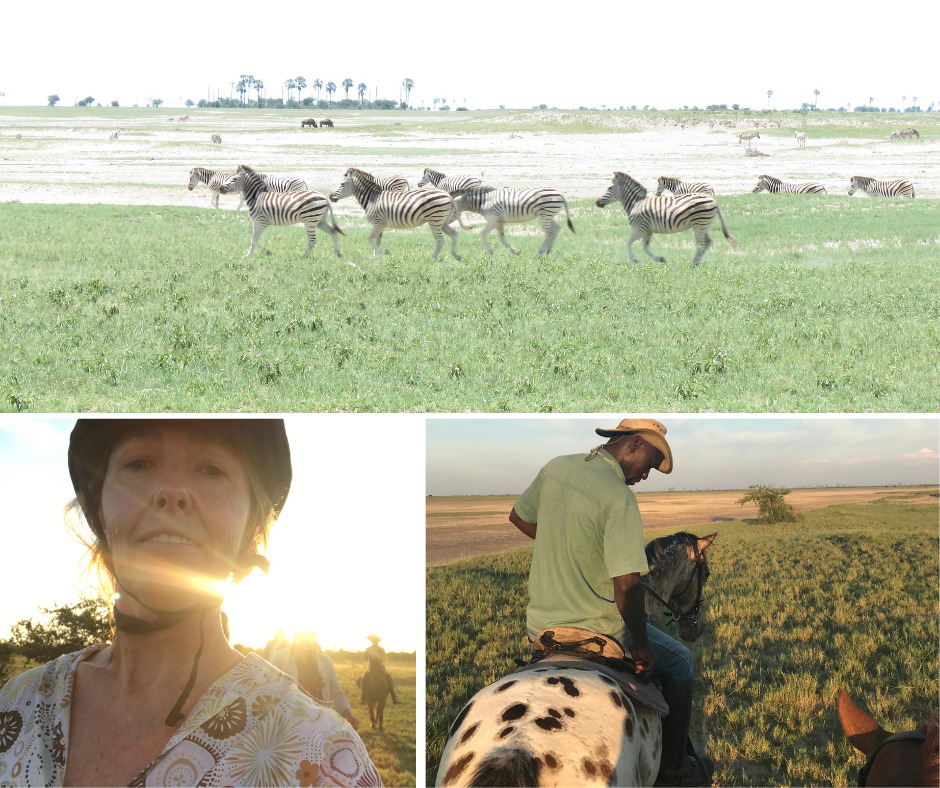 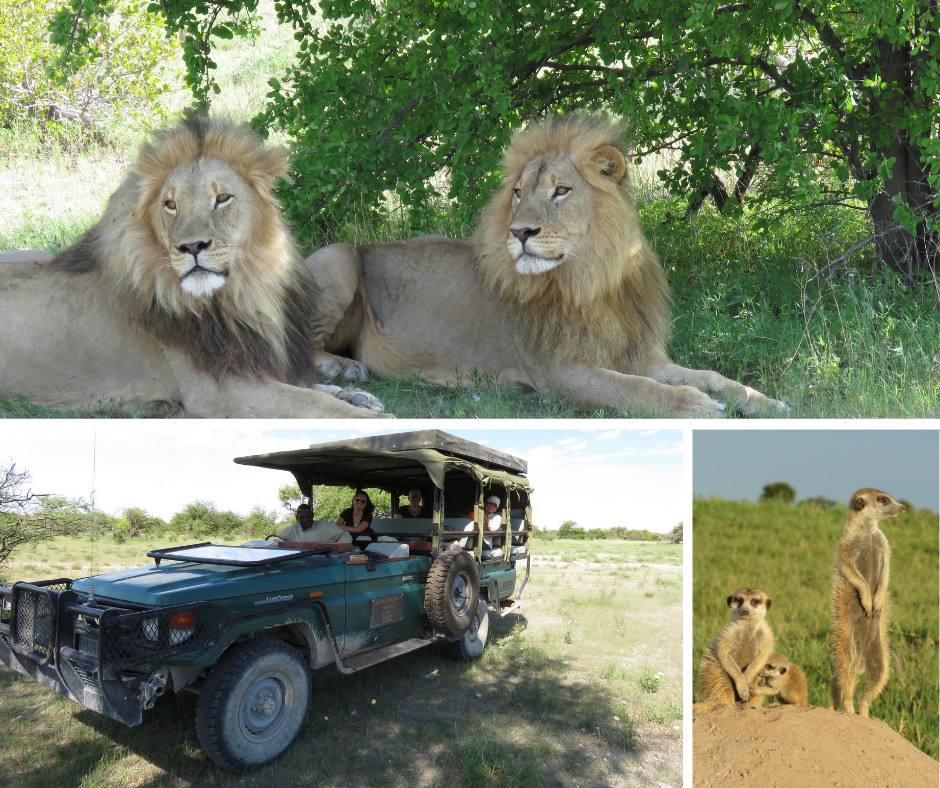 Talk to us today about arranging a safari to Jack’s Camp and putting together an exciting Botswana itinerary for you that includes the magical Makgadikgadi.

READY TO BOOK YOUR DREAM SAFARI?

Just tell us where you want to go and when, and we’ll come back with options and the best luxury deals for you!

We love featuring the inspiring people of Africa, and on a recent safari to the Lion Sands Game Reserve, we encountered a game ranger who impressed us not only with his incredible knowledge of the bush, but in particular his love for wildlife photography. Cameron Scott is a guide at Lion…

Being in the travel industry we come across many incredible hotels on a daily basis, but even we had to gasp at some of the wondrous and magical hotels featured in Earth Pom’s list of ’26 Of The Coolest Hotels In The Whole Wide World’! Feast your eyes on our… 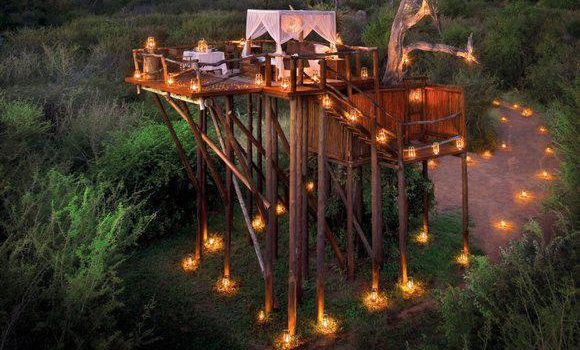 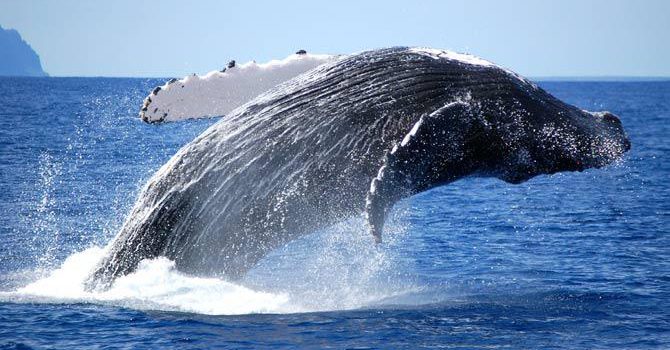