The Addo Elephant National Park is the third largest national park in South Africa, and lies roughly one hour’s drive from the small port city of Port Elizabeth, in the coastal province of the Eastern Cape of the country.  It is malaria-free and therefore a great safari destination for  families. Gorah Elephant Camp is the only private safari camp on a private concession within the park.  Most visitors self-drive and stay at the rustic SanParks rest camps or at one of the luxury lodges on the outskirts of the park, like River Bend Lodge.

Stretching from the semi-arid Karoo area in the north, across the Zuurburg Mountains, through the densely bushed and verdant Sundays River Valley, southwards to the coast between Sundays River mouth and Bushman’s River mouth, the park presently covers 1800 square kilometres (180,000 hectares).

The park sustains no less than five of South Africa’s seven biomes, making for varied vegetation and a finely tuned ecosystem, the park is Malaria-free.

When the original elephant section of the park was proclaimed in 1931, there were only eleven elephants remaining in the area; today this reserve is sanctuary to over 600 elephant (and you’ll definitely see them!), lion, Cape buffalo, Black rhino, Spotted hyena, leopard, and a variety of antelope and zebra species. Being surrounded by a large herd of Addo elephant is a truly breath-taking and highly evocative experience.

The Addo Elephant National Park can also exclusively claim to be the only national park in the world to conserve the ‘Big Seven’.

The Big Seven comprises the Big Five, along with the Southern right whale and the Great white shark, who loll off the coast of the reserve, an honestly unique accolade.

Whilst these rest camps offer an acceptable level of accommodation to some, the privately-run lodges in the privately-run concessions, within, or just outside the park proper, in the Greater Addo Park area, offer a more luxurious experience and are recommended.

Due to it’s perfect location, incorporating both bush and sea, a visit to the beautiful and diverse environment of the Addo Elephant National Park is an altogether gratifying experience.

There’s nothing more luxurious than taking a relaxing bath. After a long day on your feet or in an open Landrover on an African safari, dusted in Kalahari grit, the thought of melting into a pile of suds beats any five star spa pampering. “But spas have baths with lovely…

Lately Jan van Riebeek, the first Governor of the Cape, has been getting a bad rap. However; on seeing the sea for the first time, a friend near Cape Agulhas uttered these words: ‘Van Riebeek must have been a brave man’. The coastline around the bottom of Africa at Cape… 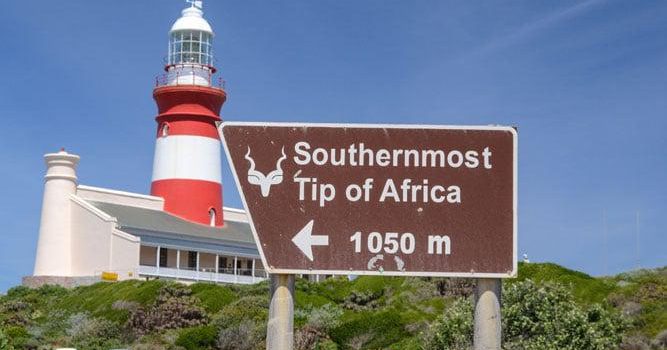 There is no better way to end off a perfect hot, windless Cape Town day than by watching the sun set over the glittering Atlantic ocean accompanied by a crisp glass of Cape Sauvignon Blanc and a platter of sushi. The combination is pure Capetonian bliss! Famed for its cosmopolitan…